Want to listen to the audiobook Little Sister: My Investigation into the Mysterious Death of Natalie Wood written by Lana Wood?
MP3 Audiobook Player is here to help! 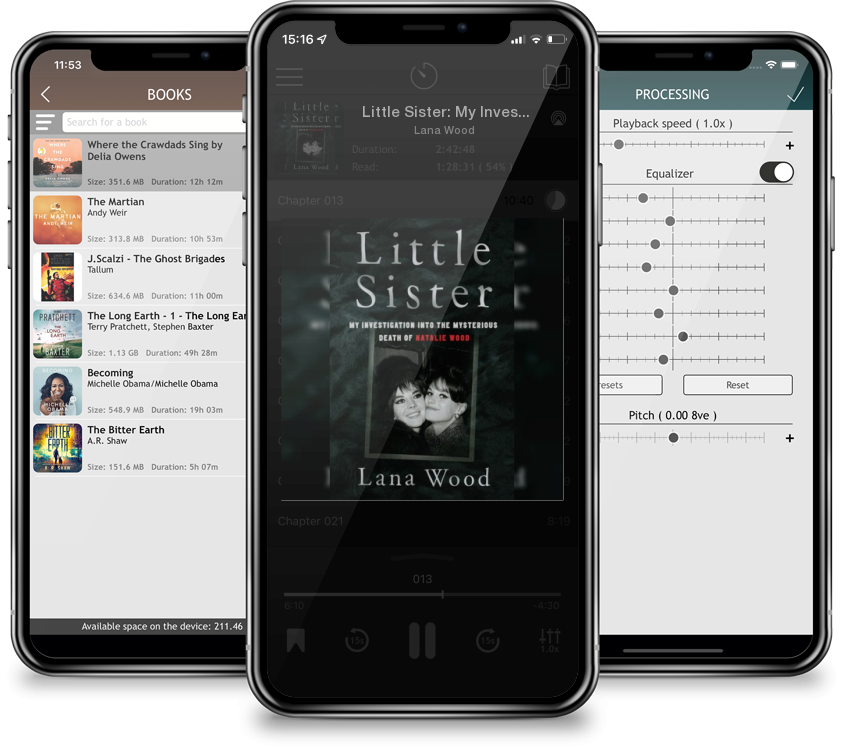 Little Sister: My Investigation into the Mysterious Death of Natalie Wood

In this memoir, Lana Wood investigates the mysterious drowning of her sister, the actress Natalie Wood, and clears up the myths and misconceptions behind one of the most notorious celebrity deaths of our time. On the night of November 29, 1981, Natalie Wood disappeared from her yacht, the Splendour, while visiting Catalina Island with her husband, Robert “R.J.” Wagner and their friend, Christopher Walken. The beloved movie star’s tragic drowning shook America, inspiring troves of magazine covers and media pieces. What was originally believed to be an open-and-shut case of accidental drowning has been called into question over the years, and in 2011 the investigation was reopened. In 2018, at the urging of the public, it was reclassified as “suspicious.”Ever since, the question has remained: What really happened to Natalie Wood?Lana Wood, Natalie’s younger sister, long suspected nefarious circumstances surrounding her sister’s death. Her closest confidante from childhood, Lana stood witness to Natalie’s life: the successes, the heartache, and her deepest pain. But there was tremendous fear about investigating the case. Uncertain of what her own search would unravel, and frightened of the possibilities, Lana stayed silent for years, until she no longer could. She realized she was ignoring what was in front of her, and that the best way to honor her sister's legacy would be uncovering the secrets behind the very end of Natalie’s life.By elucidating previously unknown complications of Natalie’s life, and offering new evidence from key parties involved in the investigation—including the boat’s captain and other witnesses—Little Sister recounts Lana’s search for the truth and brings to light explosive details that have been suppressed for decades. Ranging from the bonds that hold family together, to inconsistencies in interviews with detectives to complications with evidence, this story of sisterhood and mystery presents a fresh perspective on a night that has long been fodder for Hollywood lore.