Want to listen to the audiobook Louis I. Kahn: The Nordic Latitudes (Fay Jones Collaborative Series) written by Per Olaf Fjeld?
MP3 Audiobook Player is here to help! 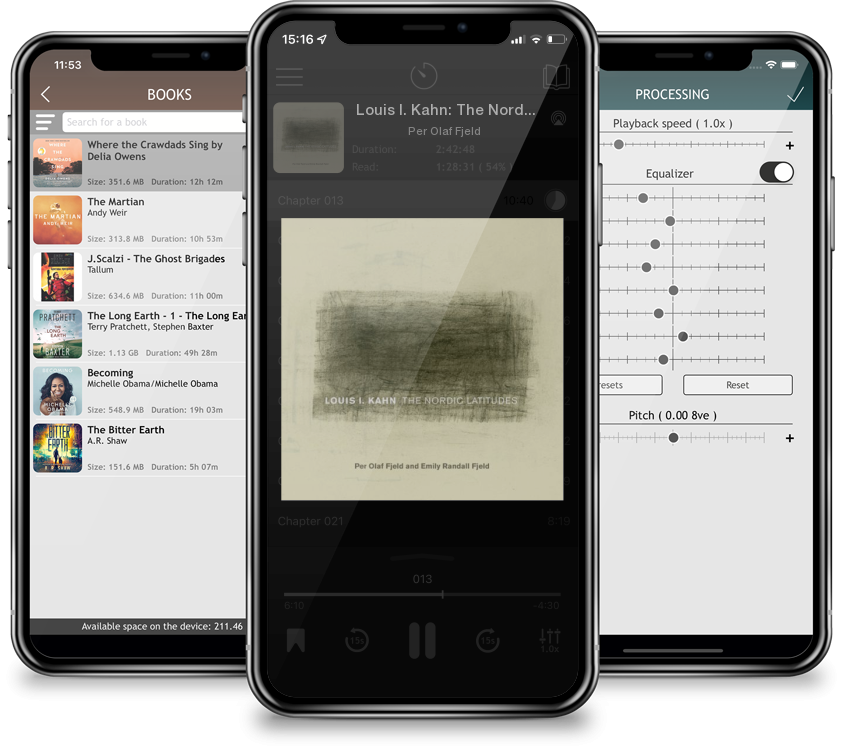 Louis I. Kahn: The Nordic Latitudes is a new and personal reading of the architecture, teachings, and legacy of Louis I. Kahn from Per Olaf Fjeld’s perspective as a former student. The book explores Kahn’s life and work, offering a unique take on one of the twentieth century’s most important architects. Kahn’s Nordic and European ties are emphasized in this study that also covers his early childhood in Estonia, his travels, and his relationships with other architects, including the Norwegian architect Arne Korsmo. The authors have gathered personal reflections, archival material, and other student work to offer insight into the wisdom that Kahn imparted to his students in his famous masterclass. Louis I. Kahn: The Nordic Latitudes addresses Kahn’s legacy both personally and in terms of the profession, documents a research trip the University of Pennsylvania’s Louis I. Kahn Collection, and confronts the affiliation of Kahn’s work with postmodernism.