Want to listen to the audiobook Lysergic written by Krystle Cole?
MP3 Audiobook Player is here to help! 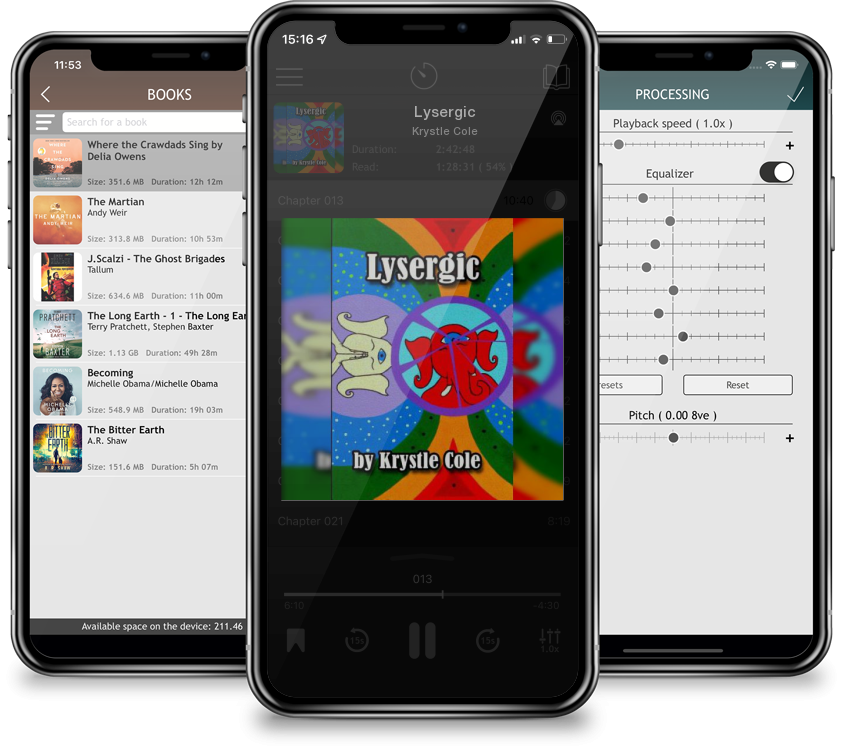 In Lysergic, Krystle Cole describes the events that occurred in her life within the time period of 2000 to 2003. Krystle explains her involvement with Gordon Todd Skinner and William Leonard Pickard, the infamous LSD chemists who operated their lab in an underground missile silo in Kansas. This lab, after being busted and shutdown by the DEA, was reported to have been producing 90% of the world's supply of LSD.Krystle gives an account of her unique perspective regarding the part of her life she has often called "the crazy psychedelic freak show" that ensued after the Pickard LSD lab bust. Lysergic is a combination of things - it is a story of love, a story of abuse, and most of all, it is a depiction of psychedelic experiences that ultimately exerted a profound effect upon Krystle's life.Krystle recounts ingesting numerous rare entheogens such as LSD, mescaline, ergot wine, DMT, ALD-52, and 2C-I, among others. She describes the subjective effects of each psychedelic and explains how these experiences impacted her life at the time.This third edition of Lysergic contains excerpts from letters that Skinner wrote to Krystle from prison. It also has enhanced formatting and never-seen-before pictures from that time period.