Want to listen to the audiobook MacArthur at War: World War II in the Pacific written by Walter R. Borneman?
MP3 Audiobook Player is here to help! 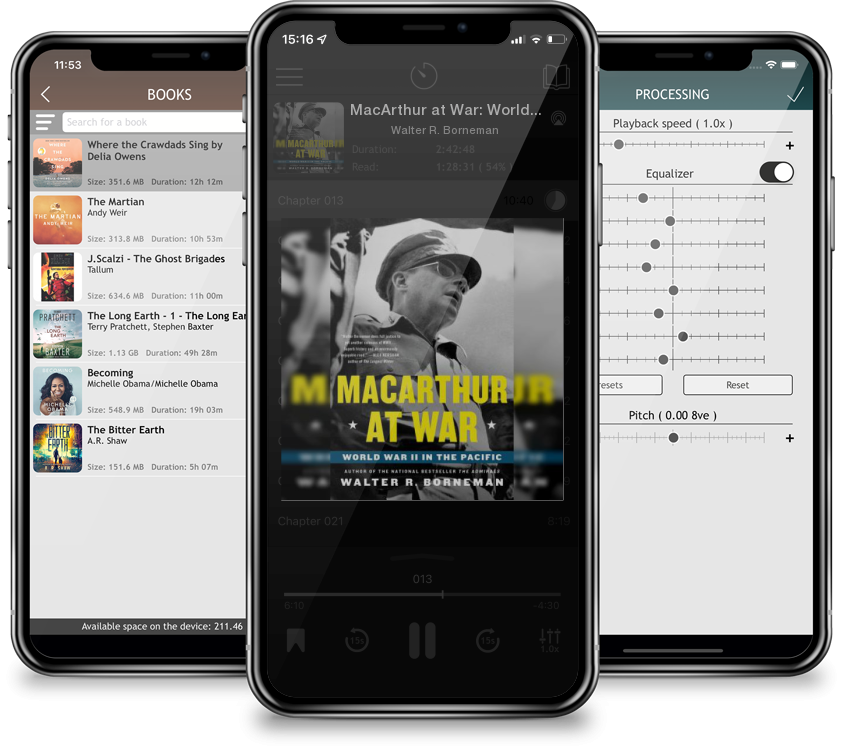 MacArthur at War: World War II in the Pacific

The definitive account of General Douglas MacArthur's rise during World War II, from the author of the bestseller The Admirals. World War II changed the course of history. Douglas MacArthur changed the course of World War II. Macarthur at War will go deeper into this transformative period of his life than previous biographies, drilling into the military strategy that Walter R. Borneman is so skilled at conveying, and exploring how personality and ego translate into military successes and failures. Architect of stunning triumphs and inexplicable defeats, General MacArthur is the most intriguing military leader of the twentieth century. There was never any middle ground with MacArthur. This in-depth study of the most critical period of his career shows how his influence spread far beyond the war-torn Pacific. A Finalist for the Gilder Lehrman Prize for Military History at the New York Historical Society