Want to listen to the audiobook Mad Hoops written by Bud Withers?
MP3 Audiobook Player is here to help! 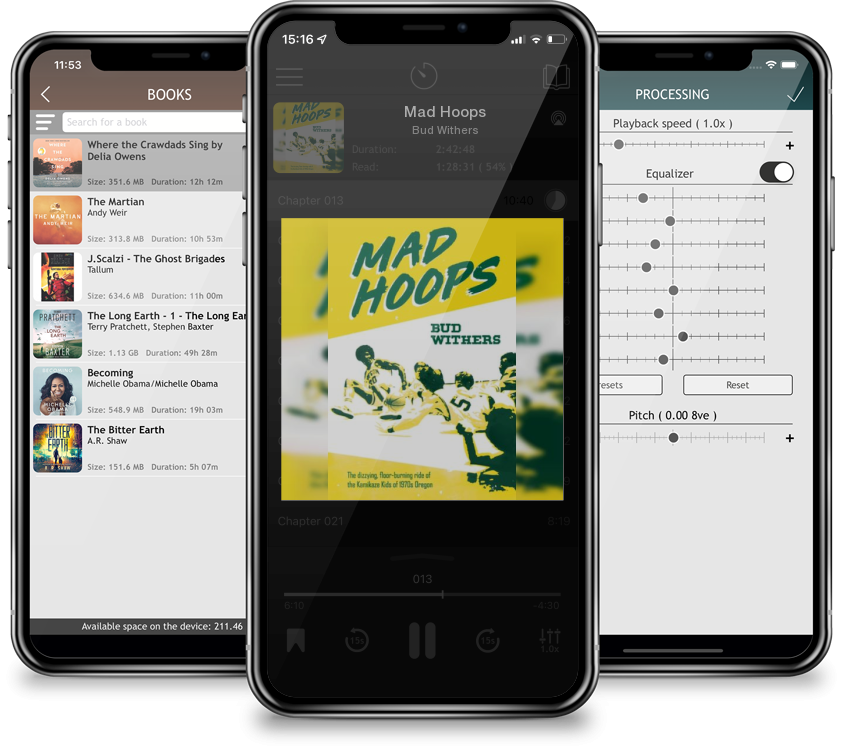 Before Phil Knight's largess became a central part of the landscape of college athletics, the University of Oregon was a struggling entity, living hand-to-mouth financially. When one of its coaches departed, it usually hired from within -- in other words, on the cheap. But in 1971, it departed from custom, went east and invested in Dick Harter, who had turned the Penn basketball program into a national force. Harter's challenge at Oregon was nothing short of supreme: He wanted to bring down the dynasty that was John Wooden's UCLA Bruins. He would do it his way, using physical, man-to-man defense, a dive-on-the-floor work ethic and a working motto that became the program's battle cry -- "Any time, any place, under any conditions." What materialized was the most controversial program in Pac-12 basketball history, one that quickly became beloved in Eugene and reviled throughout the rest of the league. Harter's tactics riled coaches and rival fans in the conference. While the Ducks were regarded as darlings close to their campus, they were the epitome of villains on the road. Harter would indeed get the attention of Wooden's Bruins. Oregon had a sole victory over the Wizard of Westwood -- on a memorable weekend in 1974 -- but more than that, the style of the so-called "Kamikaze Kids" bothered Wooden severely, and he was outspoken about it, joining some others in the conference like Washington's Marv Harshman in criticism. But Harter's program was about much more than the confrontations with UCLA. It was about trying to win a turf war in the state of Oregon with Oregon State's cagey Ralph Miller. This was an era when the conference was rife with proven coaches and high-level basketball, and seemingly every night was an epic battle, not only to win but to affirm a style. "Mad Hoops" details that saga, but it also highlights Harter's mercurial personality off the floor. This is a man who once tripped a male cheerleader -- intentionally -- in the gym of the bitter nearby rival, Oregon State. This is a man who delayed a televised game at Washington State by 20 minutes while a custodian on a stepladder measured the height of the baskets, at Harter's behest. Every night Oregon played was a happening, for better or worse. The Kamikaze Kids, in their fervent seven-year existence, were must-see mayhem, sometimes stretching the bounds of fair play and the limits of credulity.