Want to listen to the audiobook Maestro: André Tchelistcheff and the Rebirth of Napa Valley (At Table ) written by James O. Gump?
MP3 Audiobook Player is here to help! 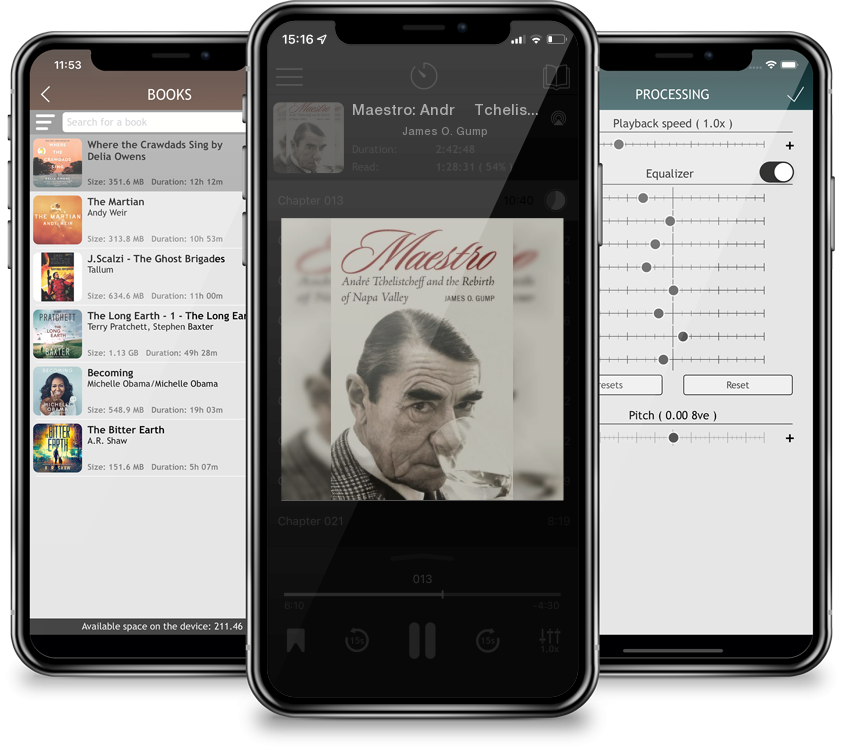 Maestro: André Tchelistcheff and the Rebirth of Napa Valley (At Table )

Wine insiders called André Tchelistcheff the “winemaker’s winemaker,” the “wine doctor,” and simply “maestro.” After Prohibition brought Napa Valley and its wine industry to the brink of catastrophe, Tchelistcheff (1901–94) proved essential in its revitalization. Tchelistcheff’s unique background—a sickly child, a Russian émigré forced from his homeland during the Bolshevik Revolution, a White Army lieutenant who fought in the Crimea, a physical laborer in a Bulgarian coal mine, a Czechoslovakian-trained agronomist, and a French-schooled viticulturist and enologist—prepared him for a remarkable winemaking career. He spent thirty-five years in Napa Valley’s Beaulieu Vineyard and nearly two “post-retirement” decades doing freelance consulting work for more than thirty wineries. His early struggles forged his principal character traits, which he passed on to an entire generation of winemakers. His students, including some of the most accomplished winemakers of the post-Prohibition period, marveled over their mentor’s sense of authority, profound insight, humble presence, and abundant wisdom. This inspiring account of Tchelistcheff’s life includes interviews with friends, family, and mentees, which reveal how one man used his passion and knowledge to help save a community on the edge of disaster. In Maestro James O. Gump preserves the memory of a fascinating individual and one of the most influential winemakers of the modern era.