Want to listen to the audiobook Make it a Double: From Wretched to Wondrous: Tales of One Woman's Lifelong Discovery of Whisky written by Shelley Sackier?
MP3 Audiobook Player is here to help! 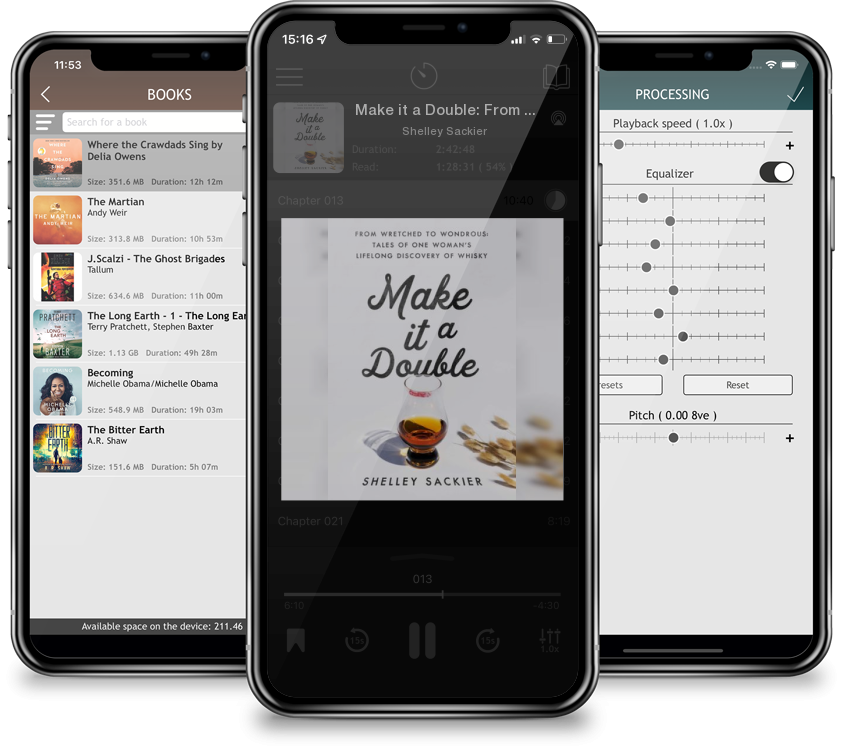 Make it a Double: From Wretched to Wondrous: Tales of One Woman's Lifelong Discovery of Whisky

A witty and immersive look at the history, mythology, science, and magical touch that makes whisky taste like a drop of gold. Braving the “all boys”  clubhouse of the world of whisky has not been easy, but Shelley Sackier has managed to do just that out of her love for the drink. By turns funny and poignant and filled with vivid insight into this rich craft, Make it a Double will make even a teetotaler want a wee dram. There has never been a better time for Shelley's inimitable voice to shed light on the world of whisky. Women are not only impressively contributing to the burgeoning sales of the spirit—making up nearly 40% of the whiskey-drinking population in the United States—but they are also growing in number as they enter into, train within, and lead the industry with their determined creativity and innovation. In the tradition of Blood, Bones, and Butter, and Salt, Fat, Acid, Heat,  Make it a Double establishes Shelley Sackier as a fresh new voice in the rich world of culinary narrative.