Want to listen to the audiobook 18 Tiny Deaths: The Untold Story of the Woman Who Invented Modern Forensics written by Bruce Goldfarb?
MP3 Audiobook Player is here to help! 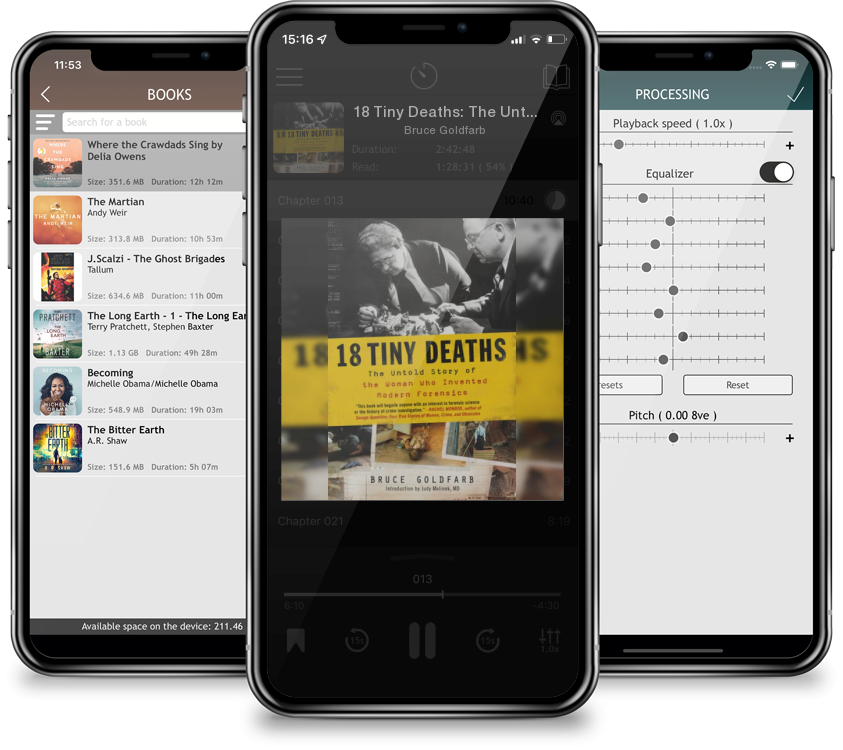 18 Tiny Deaths: The Untold Story of the Woman Who Invented Modern Forensics

The fascinating story of the forgotten woman who pioneered forensic scienceAs America ramps up efforts toward victory in World War II, Frances Glessner Lee stands at the front of a wood-paneled classroom within Harvard Medical School and addresses the young men attending her seminar on the developing field of forensic science. A grandmother without a college degree, Lee may appear better suited for a life of knitting than of investigation of unexpected death. Her colleagues and students, however, know her to be an extremely intelligent and exacting researcher and teacher—the perfect candidate, despite her gender, to push the scientific investigation of unexpected death out of the dark confines of centuries-old techniques and into the light of the modern day.Lee's decades-long obsession with advancing the discipline of forensic science was a battle from the very beginning. In a time when many prestigious medical schools were closed to female students and young women were discouraged from entering any kind of scientific profession, Lee used her powerful social skills, family wealth, and uncompromising dedication to revolutionize a field that was usually political, often corrupt, and always deeply rooted in the primal human fear of death.18 Tiny Deaths transports the reader back in time and tells the story of how one woman, who should never have even been allowed into the classrooms she ended up teaching in, changed the face of science forever.