Want to listen to the audiobook 1944 Diary written by Hans Keilson?
MP3 Audiobook Player is here to help! 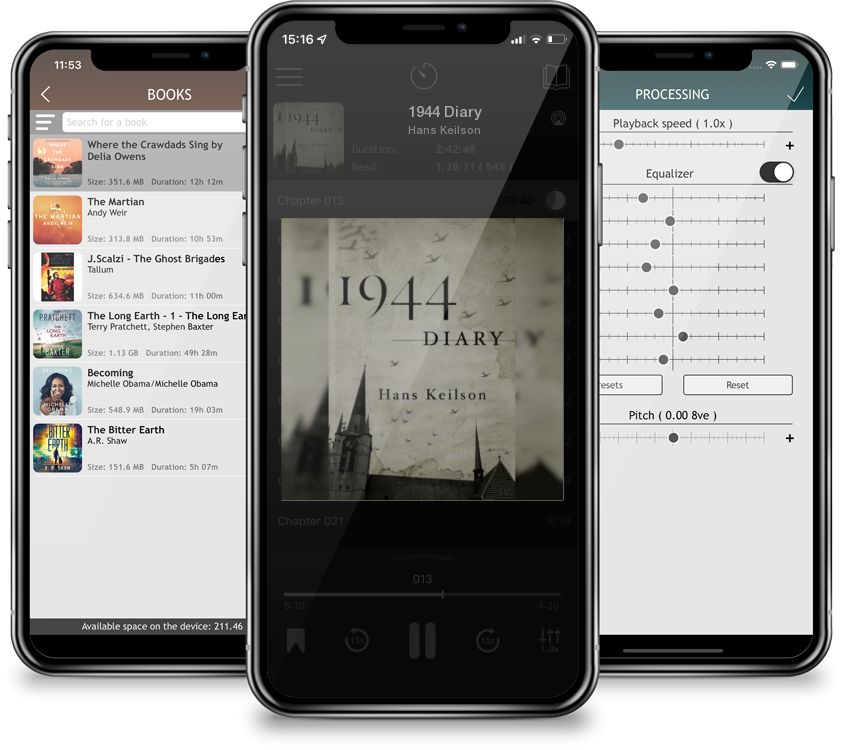 "[1944 Diary] is a deeply personal account, made even more remarkable that it was written during World War II and the horrors of the Holocaust . . . A moving and fascinating read." —Library JournalIn 2010, Farrar, Straus and Giroux published two novels by the German-Jewish writer Hans Keilson: Comedy in a Minor Key—written in 1944 while Keilson was in hiding in the Netherlands, first published in German in 1947, and never before in English—and The Death of the Adversary, begun in 1944 and published in 1959, also in German. With their Chekhovian sympathy for perpetrators and bystanders as well as for victims and resisters, Keilson’s novels were, as Francine Prose said on the front page of The New York Times Book Review, “masterpieces” by “a genius” on her list of “the world’s very greatest writers.” Keilson was one hundred years old, alive and well and able to enjoy his belated fame.1944 Diary, rediscovered among Keilson’s papers shortly after his death, covers nine months he spent in hiding in Delft with members of a Dutch resistance group, having an affair with a younger Jewish woman in hiding a few blocks away and striving to make a moral and artistic life for himself as the war and the Holocaust raged around him. For readers familiar with Keilson’s novels as well as those new to his work, this diary is an incomparable spiritual X-ray of the mind and heart behind the art: a record of survival and creativity in what Keilson called “the most critical year of my life.”Offering further insight into Keilson are the sonnets he wrote for his lover, Hanna Sanders, which appear in translation at the back of this volume.