Want to listen to the audiobook 4,000 Days: My Life and Survival in a Bangkok Prison written by Warren Fellows?
MP3 Audiobook Player is here to help! 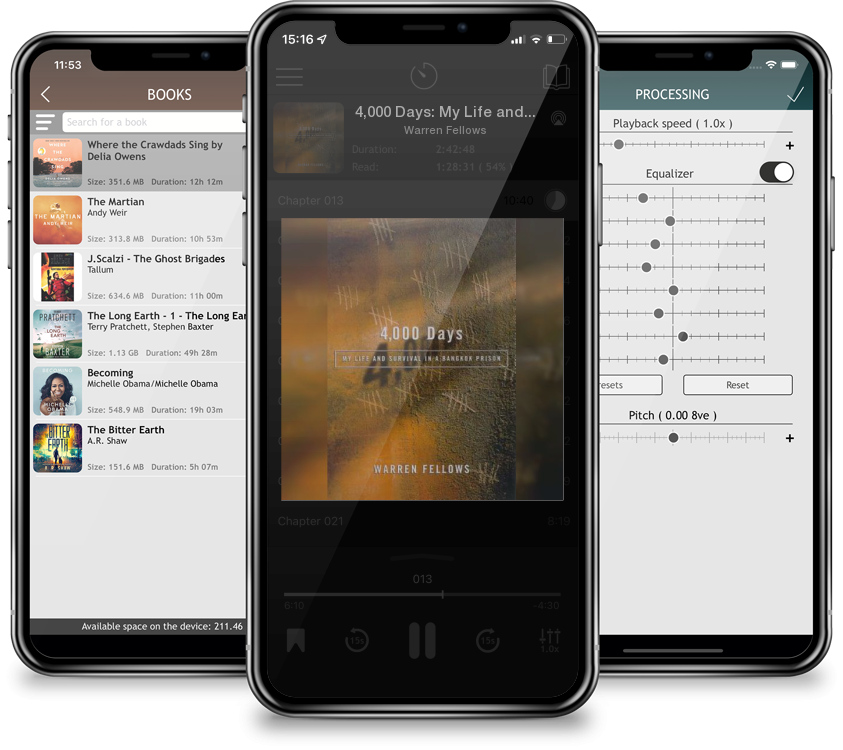 4,000 Days: My Life and Survival in a Bangkok Prison

In the late 1970s, author Warren Fellows and two of his friends had the perfect scheme: they would traffic heroin between Australia and Thailand, concealing it flawlessly in high-tech, invisible compartments in suitcases. The money was there, and the process seemed foolproof--especially because they hadn't gotten caught in all their prior attempts at smuggling. But in 1978, all that would change, and Fellows would spend the next twelve years of his life enduring violations of his human rights of unimaginable hideousness. Fellows, convicted in Thailand, spent these twelve years in Bangkok's infamous Bang Kwang prison, witnessing atrocities committed by both prison officials and his fellow inmates. He survived countless torturous beatings, was forced to eat rats, and endured solitary confinement under terrifyingly inhumane conditions. On a daily basis, Fellows also witnessed the torture and execution of those around him, their screams as common as the insects and vermin in his cell. Many of the prisoners in Bang Kwang turned to heroin--the vice that landed Fellows there in the first place--to escape their daily nightmares, and the prison guards often helped feed this deadly addiction. Fellows, now a free man, has lived to write about these twelve ghastly years. He has captured the filth, pain, anger, hopelessness, and torture of life in a Thai prison with vivid, engrossing detail and brutal honesty.