Want to listen to the audiobook 7 Little White Lies: The Conspiracy to Destroy the Black Self-Image written by Jabari G. Osaze?
MP3 Audiobook Player is here to help! 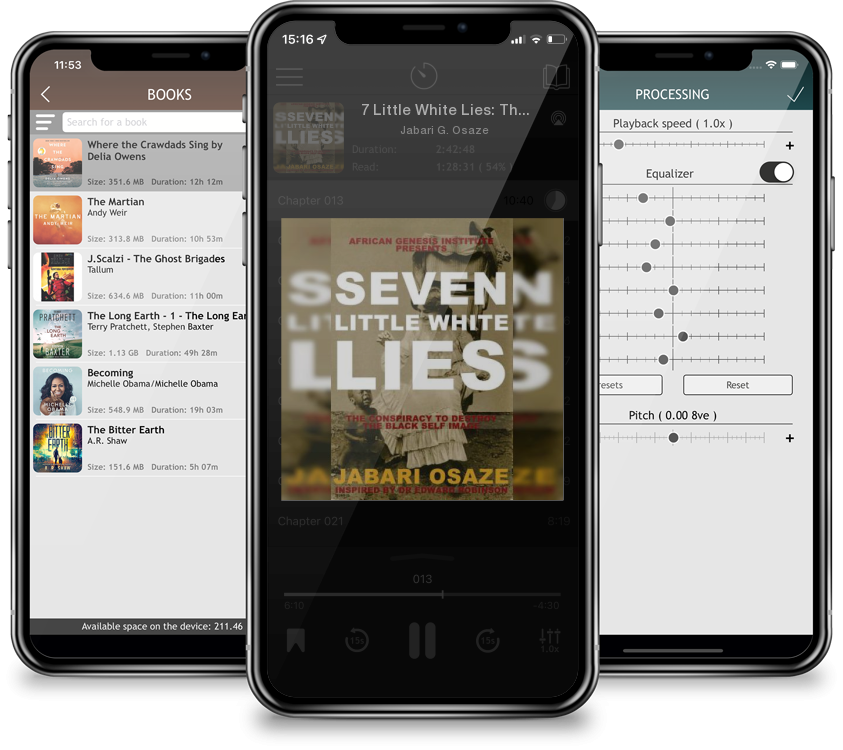 7 Little White Lies: The Conspiracy to Destroy the Black Self-Image

7 Little White Lies is a masterful analysis of the racist propaganda that people of African descent have lived with for generations. The propaganda has been so dominant, that few realize that it is still in play. The book focuses on outlining 7 of the most dangerous but common "mistruths". It describes how these misconceptions have metastasized into other popular notions, and then thoroughly defeats them. The text, which is scholarly written but accessible, expounds on these common lies: 1. Caucasians are the Original People 2. Ancient Africa Contributed Nothing to Civilization 3. The Ancient Egyptians were 'Caucasian' 4. Hebrew Slaves Built the Pyramids 5. Africans Were Savages When the Europeans Enslaved Them 6. Columbus Discovered America 7. Abraham Lincoln Freed the Slaves.