Want to listen to the audiobook A Writer at War: A Soviet Journalist with the Red Army, 1941-1945 written by Vasily Grossman?
MP3 Audiobook Player is here to help! 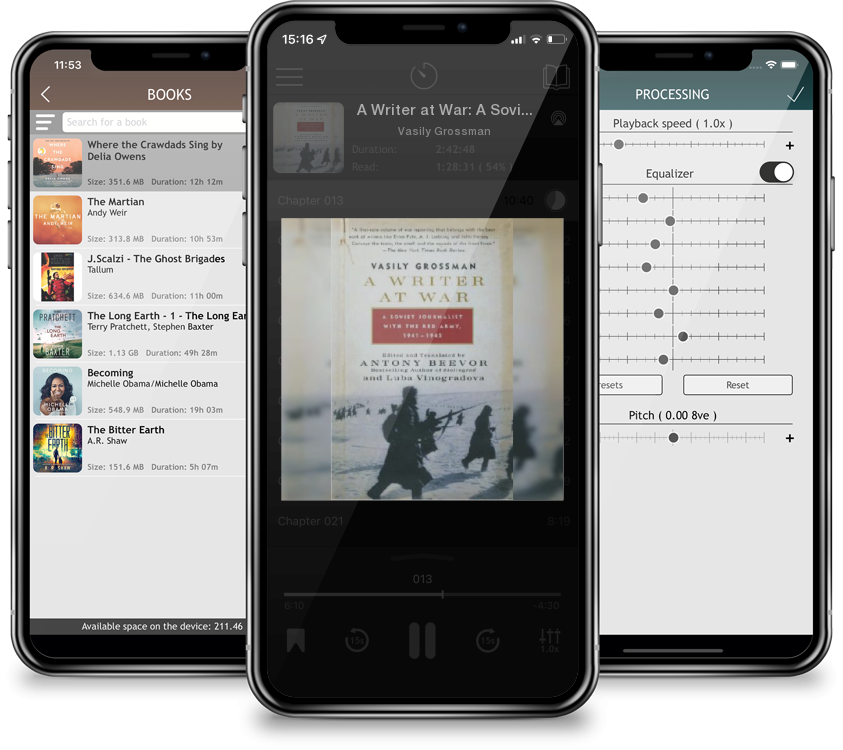 When the Germans invaded Russia in 1941, Vasily Grossman became a special correspondent for the Red Star, the Soviet Army's newspaper, and reported from the frontlines of the war. A Writer at War depicts in vivid detail the crushing conditions on the Eastern Front, and the lives and deaths of soldiers and civilians alike. Witnessing some of the most savage fighting of the war, Grossman saw firsthand the repeated early defeats of the Red Army, the brutal street fighting in Stalingrad, the Battle of Kursk (the largest tank engagement in history), the defense of Moscow, the battles in Ukraine, the atrocities at Treblinka, and much more. Antony Beevor and Luba Vinogradova have taken Grossman's raw notebooks, and fashioned them into a gripping narrative providing one of the most even-handed descriptions --at once unflinching and sensitive -- we have ever had of what Grossman called “the ruthless truth of war.”