Want to listen to the audiobook And They Found No Witches: A True Police Story written by Tom Alessi?
MP3 Audiobook Player is here to help! 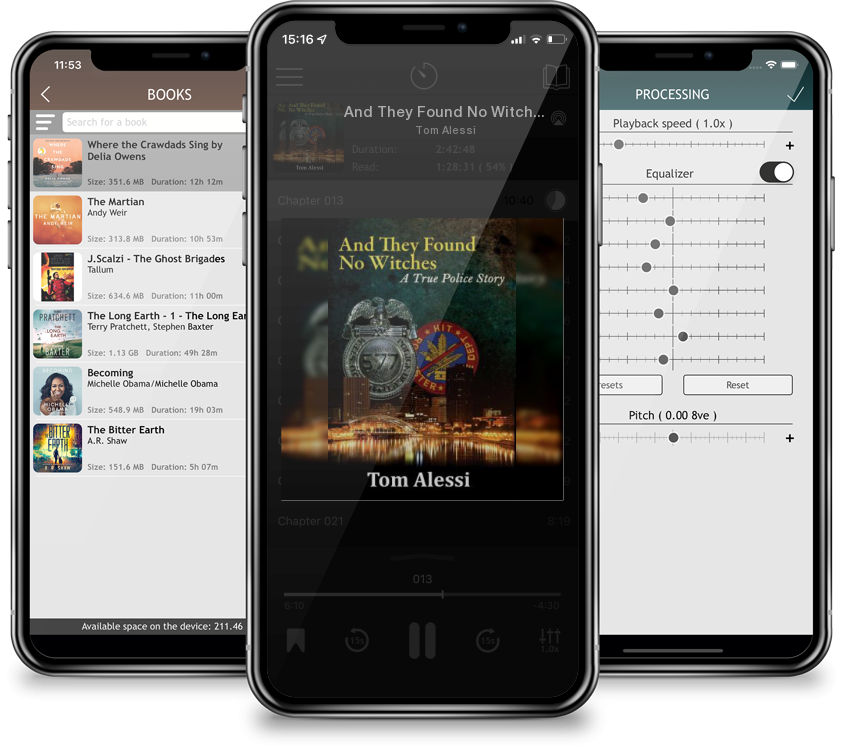 And They Found No Witches: A True Police Story

A member of the Rochester, NY Police Department's Narcotics Unit had a history of theft and illegal activity-a history carefully hidden from his squad members. Believing his luck was running out, the investigator approached federal prosecutors with a deal to turn evidence against his fellow officers. The possibility that a crooked cop might be willing to fabricate such evidence apparently never entered the prosecutors' minds. A deal was struck, and for five months, the tainted cop wore a body wire, making up stories of misconduct and embellishing the facts of actual events for his handlers. When the federal government indicted Sergeant Tom Alessi and four of his colleagues in August 1991 on nineteen counts and seventy-two overt acts of theft, evidence planting, and excessive force, prosecutors planned to steamroll the officers into pleading guilty. They did not, instead they stood firm against invented lies and federal pressure while the media destroyed their reputations. Told in Tom Alessi's own words, And They Found No Witches recounts the remarkable true story of law enforcement officers who refused to sacrifice their honor-while serving as a cautionary tale of the power of a cynical justice system.