Want to listen to the audiobook A Carnival of Snackery: Diaries (2003-2020) (Large Print / Hardcover) written by David Sedaris?
MP3 Audiobook Player is here to help! 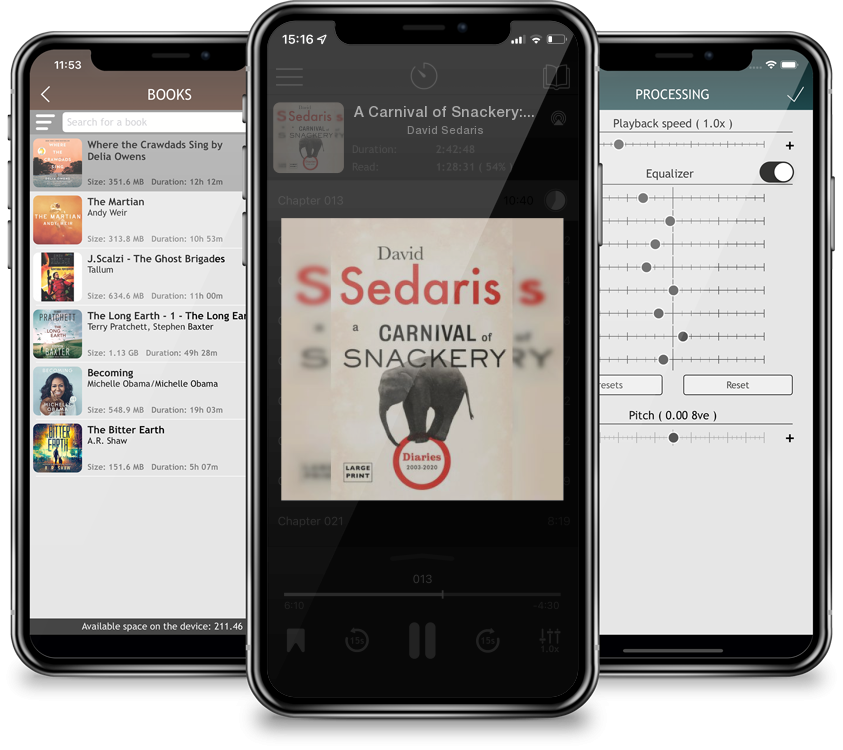 A New York Times Book Review Editors’ ChoiceThere’s no right way to keep a diary, but if there’s an entertaining way, David Sedaris seems to have mas­tered it. If it’s navel-gazing you’re after, you’ve come to the wrong place; ditto treacly self-examination. Rather, his observations turn outward: a fight between two men on a bus, a fight between two men on the street, pedestrians being whacked over the head or gathering to watch as a man considers leap­ing to his death. There’s a dirty joke shared at a book signing, then a dirtier one told at a dinner party—lots of jokes here. Plenty of laughs. These diaries remind you that you once really hated George W. Bush, and that not too long ago, Donald Trump was just a harm­less laughingstock, at least on French TV. Time marches on, and Sedaris, at his desk or on planes, in hotel dining rooms and odd Japanese inns, records it. The entries here reflect an ever-changing background—new administrations, new restrictions on speech and conduct. What you can say at the start of the book, you can’t by the end. At its best, A Carnival of Snackery is a sort of sampler: the bitter and the sweet. Some entries are just what you wanted. Others you might want to spit discreetly into a napkin.