Want to listen to the audiobook A Cinema of Hopelessness: The Rhetoric of Rage in 21st Century Popular Culture written by Kendall R. Phillips?
MP3 Audiobook Player is here to help! 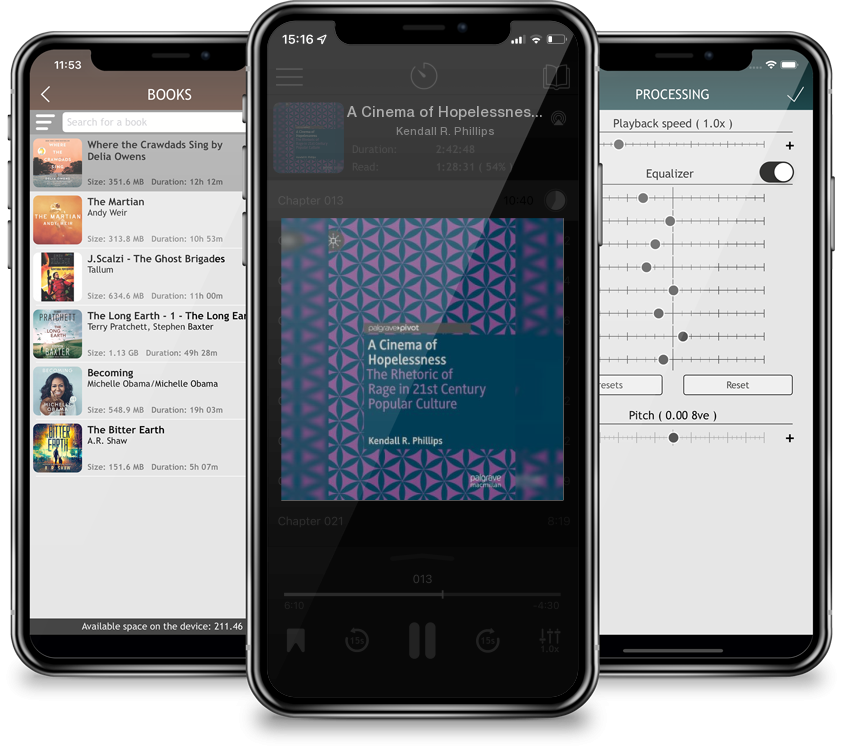 A Cinema of Hopelessness: The Rhetoric of Rage in 21st Century Popular Culture

This book explores the circulation of anger and hostility in contemporary American culture with particular attention to the fantasy of refusal, a dream of rejecting all the structures of the contemporary political and economic system. Framing the question of public sentiment through the lens of rhetorical studies, this book traces the circulation of symbols that craft public feelings in contemporary popular cinema. Analyzing popular twenty-first century films as invitations to a particular way of feeling, the book delves into the way popular sentiments are circulated and intensified. The book examines dystopian films (The Purge, The Cabin in the Woods), science fiction (Snowpiercer), and superhero narratives (the Marvel Cinematic Universe and Joker). Across these varied films, an affective economy that emphasizes grief, betrayal, refusal, and an underlying rage at the seeming hopelessness of contemporary culture is uncovered. These examinations are framed in terms of ongoing political protests ranging from Occupy Wall Street, the Tea Party, Black Lives Matter, and the 6th January 2021 invasion of the US Capitol Building.