Want to listen to the audiobook Alien Nation: 36 True Tales of Immigration written by Sofija Stefanovic?
MP3 Audiobook Player is here to help! 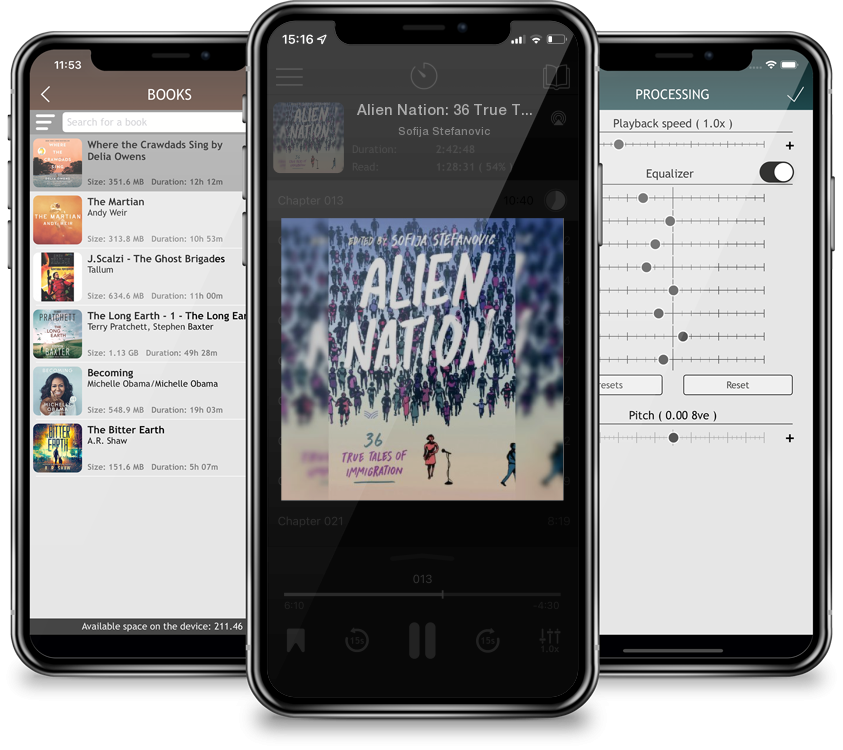 A collection of 36 extraordinary stories originally told on stage, featuring work by writers, entertainers, thinkers, and community leaders. Spanning comedy and tragedy, Alien Nation brilliantly illuminates what it’s like to be an immigrant in America.America would not be America without its immigrants. This anthology, adapted from storytelling event “This Alien Nation,” captures firsthand the past and present of immigration in all its humor, pain, and weirdness. Contributors—some well-known, others regular (and fascinating) people—share moments from their lives, reminding us that immigration is not just a word dropped in the news (simplified to something you are “for” or “against”), but a world—rich with unique voices, perspectives, and experiences. Travel from the Central Park playground where “tattle-tales” among nannies inspire Christine Lewis’s activism to an Alexandrian garden half a century ago courtesy of writer André Aciman. Visit a refugee camp in Gaza as described by actress and comedian Maysoon Zayid, and follow Intersex activist Tatenda Ngwaru as she flees Zimbabwe with dreams of meeting Oprah. Witness efforts from comedian Aparna Nancherla's mother to make Aparna less shy, and Orange is the New Black's Laura Gómez makes an unlikely connection in a bed-and-breakfast. Compelling and inspirational, Alien Nation is a celebration of immigration and an exploration of culture shock, isolation and community, loneliness and hope, heartbreak and promise—it’s a poignant reminder of our shared humanity at a time we need it greatly, and a thoughtful, entertaining tribute to cultural diversity.