Want to listen to the audiobook A Dip in the Ocean: Rowing Solo Across the Indian written by Sarah Outen?
MP3 Audiobook Player is here to help! 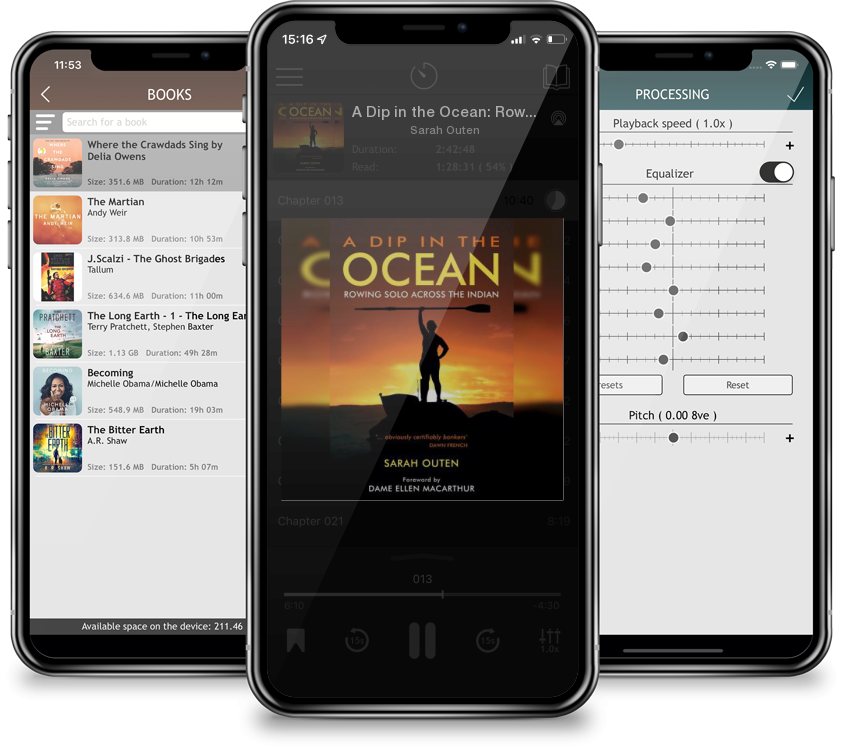 A Dip in the Ocean: Rowing Solo Across the Indian

Four-thousand miles of unpredictable ocean, 500 chocolate bars, 124 days of physical exertion, three Guinness World Records, and one incredible journey On April 1, 2009, brave 23-year-old Sarah Outen embarked on an ambitious solo voyage across the Indian Ocean in her rowing boat, Dippers. Powered by the grief of the sudden loss of her father and the determination to live life to the fullest, Sarah and her tiny boat successfully negotiated wild ocean storms, unexpected encounters with whales, and the continuous threat of being capsized by passing container ships. Along the way she broke two oars, ate 500 chocolate bars, and lost 20 kg of bodyweight before arriving in Mauritius. She became the first woman and the youngest person to row solo across the Indian Ocean. Life-affirming, funny, and poignant, Sarah's salty tale of courage and endurance will inspire the taste of adventure in everyone.