Want to listen to the audiobook A Disposition to Be Rich: How a Small-Town Pastor's Son Ruined an American President, Brought on a Wall Street Crash, and Made H written by Geoffrey C. Ward?
MP3 Audiobook Player is here to help! 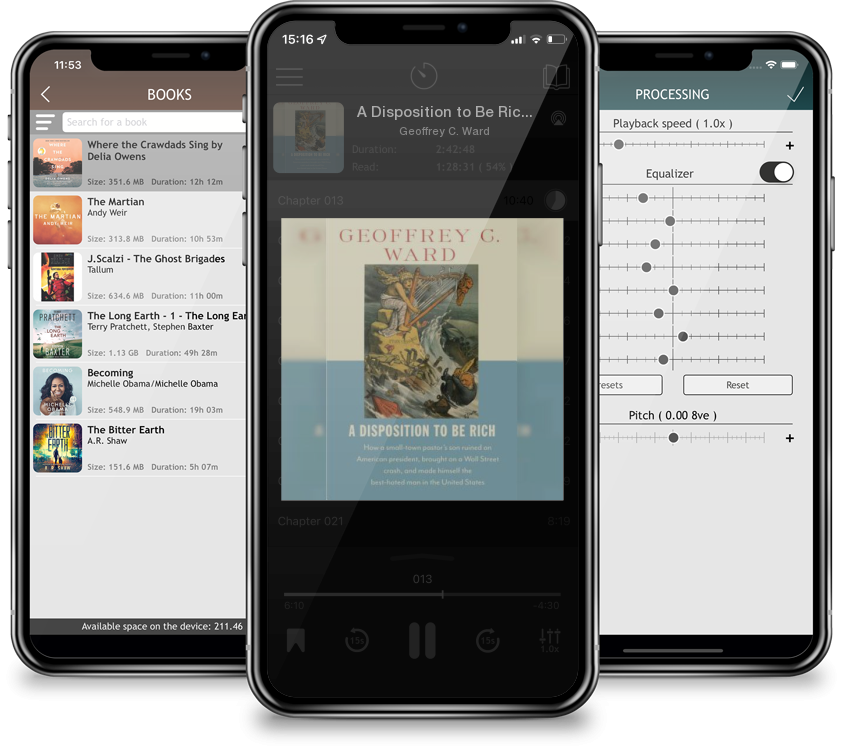 A Disposition to Be Rich: How a Small-Town Pastor's Son Ruined an American President, Brought on a Wall Street Crash, and Made H

Ferdinand Ward was the greatest swindler of the Gilded Age. Through his unapologetic villainy, he bankrupted Ulysses S. Grant and ran roughshod over the entire world of finance. Now, his compelling, behind-the-scenes story is told—told by his great-grandson, award-winning historian Geoffrey C. Ward.Ward was the Bernie Madoff of his day, a supposed genius at making big money fast on Wall Street who turned out to have been running a giant pyramid scheme—one that ultimately collapsed in one of the greatest financial scandals in American history. The son of a Protestant missionary and small-town pastor with secrets of his own to keep, Ward came to New York at twenty-one and in less than a decade, armed with charm, energy, and a total lack of conscience, made himself the business partner of the former president of the United States and was widely hailed as the “Young Napoleon of Finance.” In truth, he turned out to be a complete fraud, his entire life marked by dishonesty, cowardice, and contempt for anything but his own interests.Drawing from thousands of family documents never before examined, Geoffrey C. Ward traces his great-grandfather’s rapid rise to riches and fame and his even more dizzying fall from grace. There are mistresses and mansions along the way; fast horses and crooked bankers and corrupt New York officials; courtroom confrontations and six years in Sing Sing; and Ferdinand’s desperate scheme to kidnap his own son to get his hands on the estate his late wife had left the boy. Here is a great story about a classic American con artist, told with boundless charm and dry wit by one of our finest historians.