Want to listen to the audiobook A Moveable Feast written by Ernest Hemingway?
MP3 Audiobook Player is here to help! 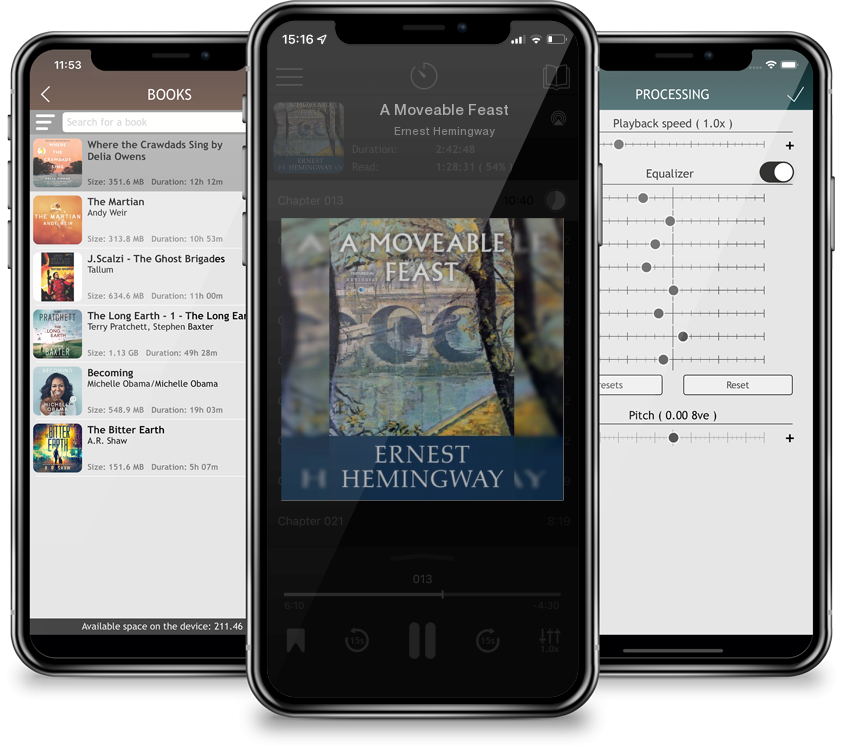 “There is never any ending to Paris and the memory of each person who has lived in it differs from that of any other.” —Ernest Hemingway, A Moveable FeastErnest Hemingway’s classic memoir of Paris in the 1920s remains one of his most beloved works. Filled with tender memories of his first wife Hadley and their son Jack; irreverent portraits of literary luminaries such as F. Scott Fitzgerald and Gertrude Stein; and insightful recollections of his own early experiments with his craft, A Moveable Feast brilliantly evokes the exuberant mood of Paris after World War I and the youthful spirit, unbridled creativity, and unquenchable enthusiasm that Hemingway himself epitomized. It is an elegy to a remarkable group of expatriates and a testament to the risks and rewards of the writerly life.