Want to listen to the audiobook A Fool's Gold: A Story of Ancient Spanish Treasure, Two Pounds of Pot and the Young Lawyer Almost Left Holding the Bag written by Bill Merritt?
MP3 Audiobook Player is here to help! 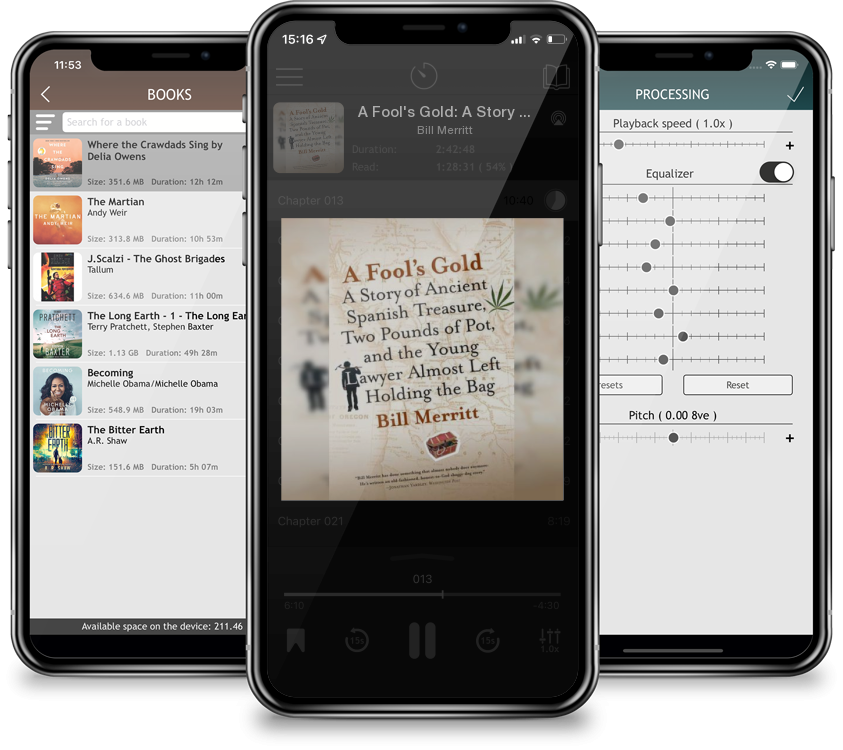 A Fool's Gold: A Story of Ancient Spanish Treasure, Two Pounds of Pot and the Young Lawyer Almost Left Holding the Bag

Fresh out of law school, Bill Merritt takes a job working for a shady lawyer named Thaddeus Silk. After a few months, Thaddeus drops dead from a heart attack, and Bill is left to pick up the pieces of his chaotic and ill-managed practice. Before he can even start to make sense of Thaddeus's legal life, the police are knocking at his door, and Bill is being accused of fencing stolen treasure. Enter Abby Birdsong and Grady Jackson, two of Thaddeus's clients, whose files are among the boxes and papers and bourbon bottles that litter his office. Abby is a middle-aged, overweight, hippie ex-logger caught with some of the oldest, foulest marijuana imaginable. Grady, known around town as the Crazy Man of Neahkahnie Mountain, has paid Thaddeus to sue the state of Oregon for permission to dig holes in a state-owned beach in search of buried Spanish treasure. As legal matters heat up and Bill hears there's a warrant for his arrest just waiting for a judge's signature, the cases of the skunky pot and the Spanish treasure collide in ways that seem too fantastic to be true. Merritt's telling is as original, fast-moving, and full of surprises as the best legal capers, real or imagined.