Want to listen to the audiobook A Girl's Got to Breathe: The Life of Teresa Wright (Hollywood Legends) written by Donald Spoto?
MP3 Audiobook Player is here to help! 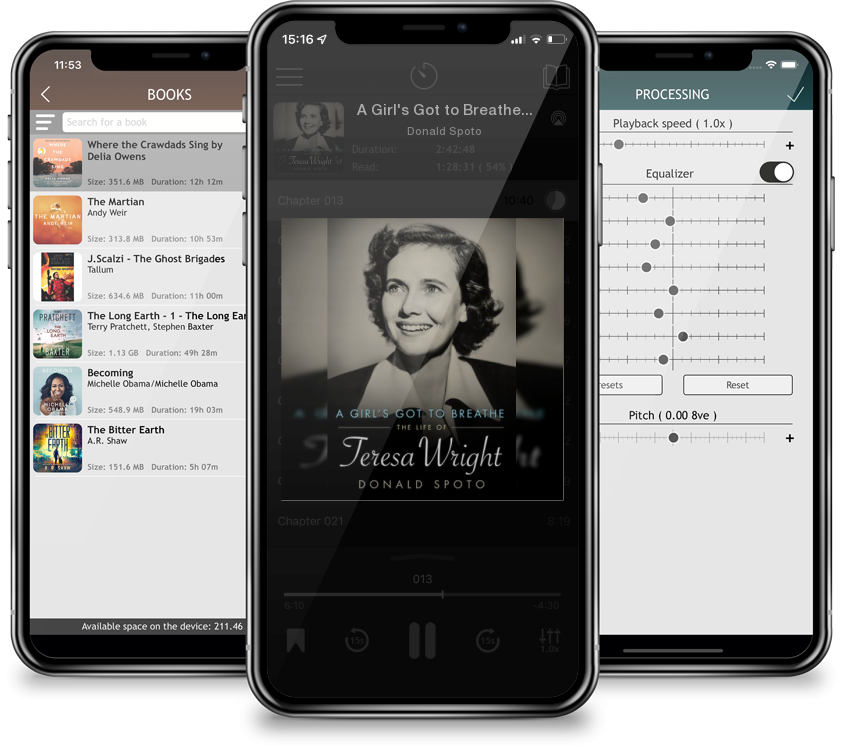 A Girl's Got to Breathe: The Life of Teresa Wright (Hollywood Legends)

The actress Teresa Wright (1918-2005) lived a rich, complex, magnificent life against the backdrop of Golden Age Hollywood, Broadway and television. There was no indication, from her astonishingly difficult--indeed, horrifying--childhood, of the success that would follow, nor of the universal acclaim and admiration that accompanied her everywhere. Her two marriages--to the writers Niven Busch (The Postman Always Rings Twice; Duel in the Sun) and Robert Anderson (Tea and Sympathy; I Never Sang for My Father)--provide a good deal of the drama, warmth, poignancy and heartbreak of her life story. "I never wanted to be a star," she told the noted biographer Donald Spoto at dinner in 1978. "I wanted only to be an actress." She began acting on the stage in summer stock and repertory at the age of eighteen. When Thornton Wilder and Jed Harris saw her in an ing nue role, she was chosen to understudy the part of Emily in the original production of Our Town (1938), which she then played in touring productions. Samuel Goldwyn saw her first starring role on Broadway--in the historic production of Life with Father--and at once he offered her a long contract. She was the only actress to be nominated for an Academy Award for her first three pictures (The Little Foxes; The Pride of the Yankees; and Mrs. Miniver), and she won for the third film. Movie fans and scholars to this day admire her performance in the classics Shadow of a Doubt and The Best Years of Our Lives. The circumstances of her tenure at Goldwyn, and the drama of her breaking that contract, forever changed the treatment of stars. Wright's family and heirs appointed Spoto as her authorized biographer and offered him exclusive access to her letters and papers. Major supporting players in this story include Robert Anderson, Alfred Hitchcock, William Wyler, Karl Malden, Elia Kazan, Jean Simmons, Dorothy McGuire, Bette Davis, George Cukor, Marlon Brando, George C. Scott, the artist Al Hirschfeld, Stella Adler, and more.