Want to listen to the audiobook A Global Life: My Journey Among Rich and Poor, from Sydney to Wall Street to the World Bank written by James D. Wolfensohn?
MP3 Audiobook Player is here to help! 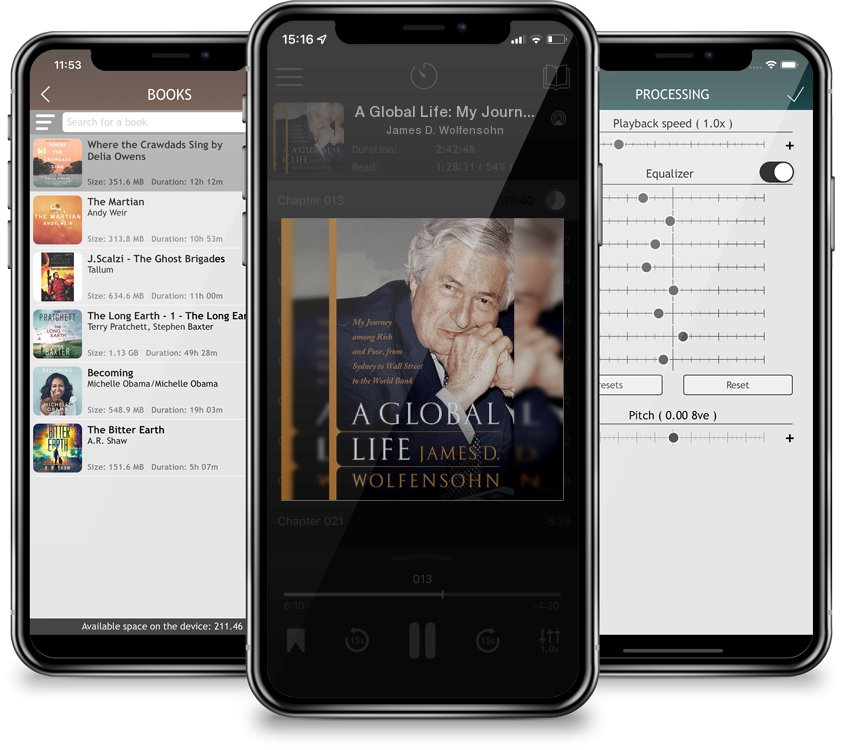 A Global Life: My Journey Among Rich and Poor, from Sydney to Wall Street to the World Bank

As president of the World Bank for a decade, James Wolfensohn tackled world poverty with a passion and energy that made him a uniquely important figure in a fundamental arena of change. Using a lifetime of experience in the banking sector, he carved a distinct path in Asia, Africa, Latin America, and Europe for the institution that serves as the major lender to the world's poor. In A Global Life, Wolfensohn tells his astonishing life story in his own words. A man of surpassing imagination and drive, he became an Olympic fencer and a prominent banker in London and New York. An Australian, he navigated Wall Street with uncommon skill. Chairman of Carnegie Hall and the Kennedy Center for many years, he is also an amateur cellist. But it was his tenure at the World Bank that made him an international force. While at the helm of this controversial institution, Wolfensohn motivated, schemed, charmed, and bullied all the constituencies at his command to broaden the distribution of the world's wealth. Now he bluntly assesses his successes and failures, reflecting on the causes of continuing poverty. Much more than a business story, this is a deeply reflective account of a fascinating career and personality.