Want to listen to the audiobook A History of Rock Music in 500 Songs vol 1: From Savoy Stompers to Clock Rockers written by Andrew Hickey?
MP3 Audiobook Player is here to help! 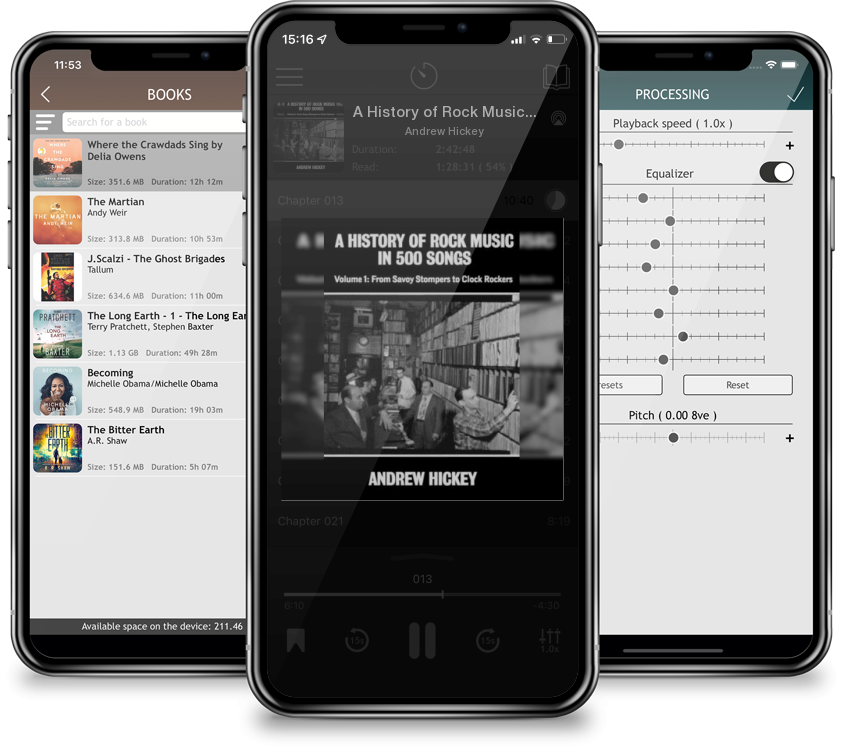 A History of Rock Music in 500 Songs vol 1: From Savoy Stompers to Clock Rockers

In this series of books, based on the hit podcast A History of Rock Music in 500 Songs, Andrew Hickey analyses the history of rock and roll music, from its origins in swing, Western swing, boogie woogie, and gospel, through to the 1990s, grunge, and Britpop. Looking at five hundred representative songs, he tells the story of the musicians who made those records, the society that produced them, and the music they were making. Volume one looks at fifty songs from the origins of rock and roll, starting in 1938 with Charlie Christian's first recording session, and ending in 1956. Along the way, it looks at Louis Jordan, LaVern Baker, the Ink Spots, Fats Domino, Sister Rosetta Tharpe, Jackie Brenston, Bill Haley, Chuck Berry, Elvis Presley, Little Richard, and many more of the progenitors of rock and roll.