Want to listen to the audiobook A History of the Kennedy Space Center written by Kenneth Lipartito?
MP3 Audiobook Player is here to help! 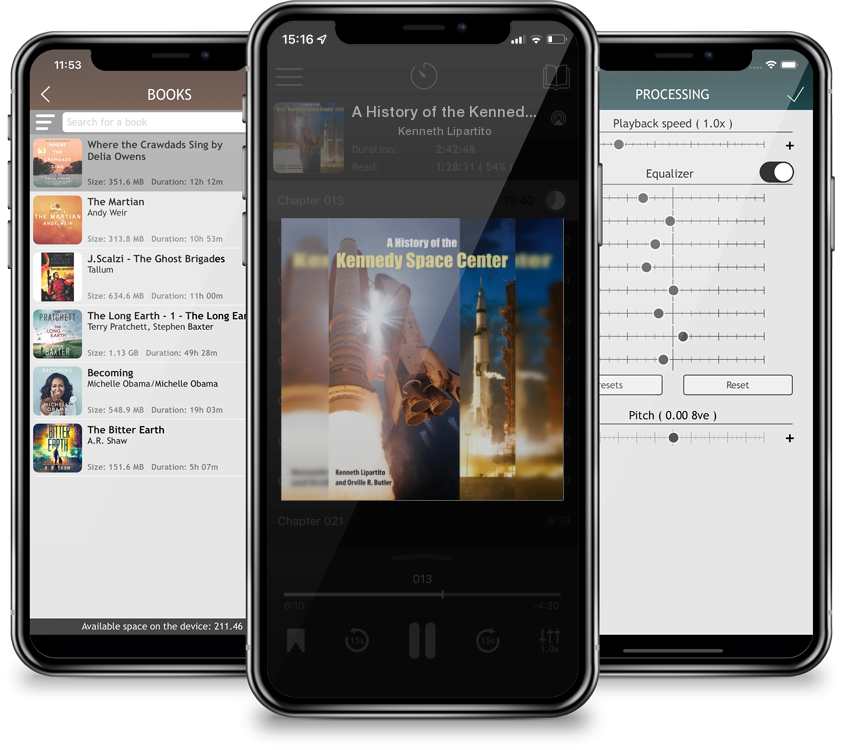 A History of the Kennedy Space Center

This first comprehensive history of the Kennedy Space Center, NASA's famous launch facility located at Cape Canaveral, Florida, reveals the vital but largely unknown work that takes place before the rocket is lit. Though the famous Vehicle Assembly Building and launch pads dominate the flat Florida landscape at Cape Canaveral and attract 1.5 million people each year to its visitor complex, few members of the public are privy to what goes on there beyond the final outcome of the flaring rocket as it lifts into space. With unprecedented access to a wide variety of sources, including the KSC archives, other NASA centers, the National Archives, and individual and group interviews and collections, Lipartito and Butler explore how the methods and technology for preparing, testing, and launching spacecraft have evolved over the last 45 years. Their story includes the Mercury and Gemini missions, the Apollo lunar program, the Space Shuttle, scientific missions and robotic spacecraft, and the International Space Station, as well as the tragic accidents of Challenger and Columbia. Throughout, the authors reveal the unique culture of the people who work at KSC and make Kennedy distinct from other parts of NASA.As Lipartito and Butler show, big NASA projects, notably the Space Shuttle and the International Space Station, had much to learn on the ground before they made it to space. Long before a spacecraft started its ascent, crucial work had been done, work that combined the muscular and mundane with the high tech and applied the vital skills and knowledge of the men and women of KSC to the design of vehicles and missions. The authors challenge notions that successful innovation was simply the result of good design alone and argue that, with large technical systems, real world experience actually made the difference between bold projects that failed and innovations that stayed within budget and produced consistent results. The authors pay particular attention to operational knowledge developed by KSC--the insights that came from using and operating complex technology. This work makes it abundantly clear that the processes performed by ground operations are absolutely vital to success.