Want to listen to the audiobook A Hole in the Wind written by David Goodrich?
MP3 Audiobook Player is here to help! 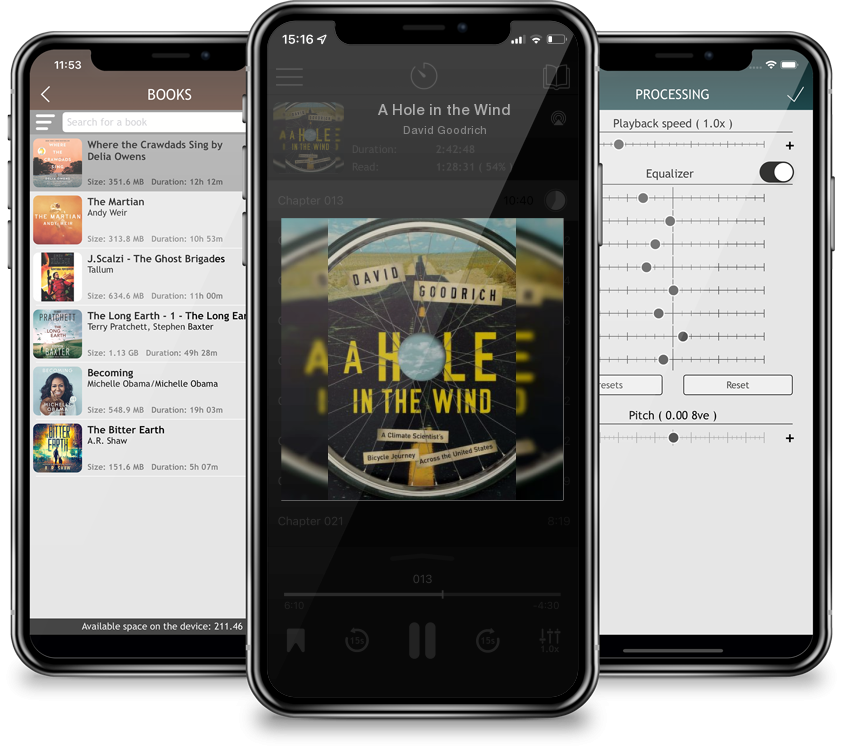 A Hole in the Wind

After a distinguished career in climate science as the Director of the UN Global Climate Observing System in Geneva, David Goodrich returned home to the United States to find a nation and a people in denial. Concerned that the American people are willfully deluded by the misinformation about climate that dominates media and politics, David thought a little straight talk could set things right.Starting on the beach in Delaware, David rode his bike 4,200 miles to Oregon, talking with the people he met on the ultimate road trip. Along the way he learned a great deal about why climate is a complicated issue for many Americans and even more about the country we all share. Climate change is the central environmental issue of our time.But A Hole in the Wind is also about the people and experiences Dave encountered as he rode, like the toddler's beauty pageant in Delaware, the tornado in Missouri, rust-belt towns and their relationship with fracking, and the uranium-poisoned ghost town in Wyoming. As he rides, David will discuss the climate with audiences varying from laboratories to elementary schools.Beautifully simple, direct, and honest, A Hole in the Wind is a fresh, refreshing ride through a difficult and controversial topic, and a rich read that makes you glad to be alive.