Want to listen to the audiobook A Kingdom Strange: The Brief and Tragic History of the Lost Colony of Roanoke written by James Horn?
MP3 Audiobook Player is here to help! 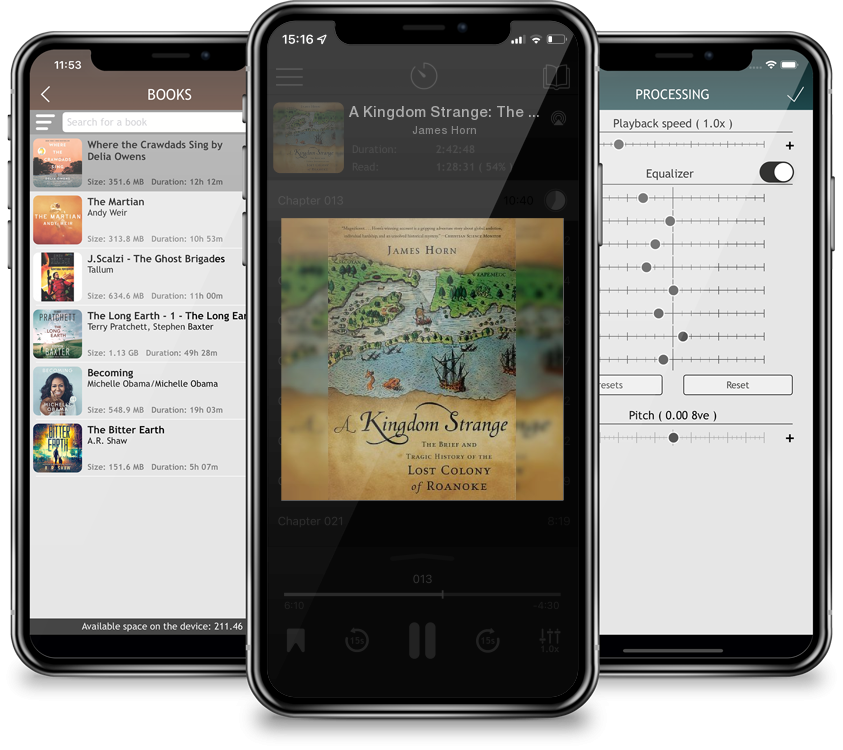 A Kingdom Strange: The Brief and Tragic History of the Lost Colony of Roanoke

In 1587, John White and 117 men, women, and children landed off the coast of North Carolina on Roanoke Island, hoping to carve a colony from fearsome wilderness. A mere month later, facing quickly diminishing supplies and a fierce native population, White sailed back to England in desperation. He persuaded the wealthy Sir Walter Raleigh, the expedition's sponsor, to rescue the imperiled colonists, but by the time White returned with aid the colonists of Roanoke were nowhere to be found. He never saw his friends or family again. In this gripping account based on new archival material, colonial historian James Horn tells for the first time the complete story of what happened to the Roanoke colonists and their descendants. A compellingly original examination of one of the great unsolved mysteries of American history, A Kingdom Strange will be essential reading for anyone interested in our national origins.