Want to listen to the audiobook A Brave and Cunning Prince: The Great Chief Opechancanough and the War for America written by James Horn?
MP3 Audiobook Player is here to help! 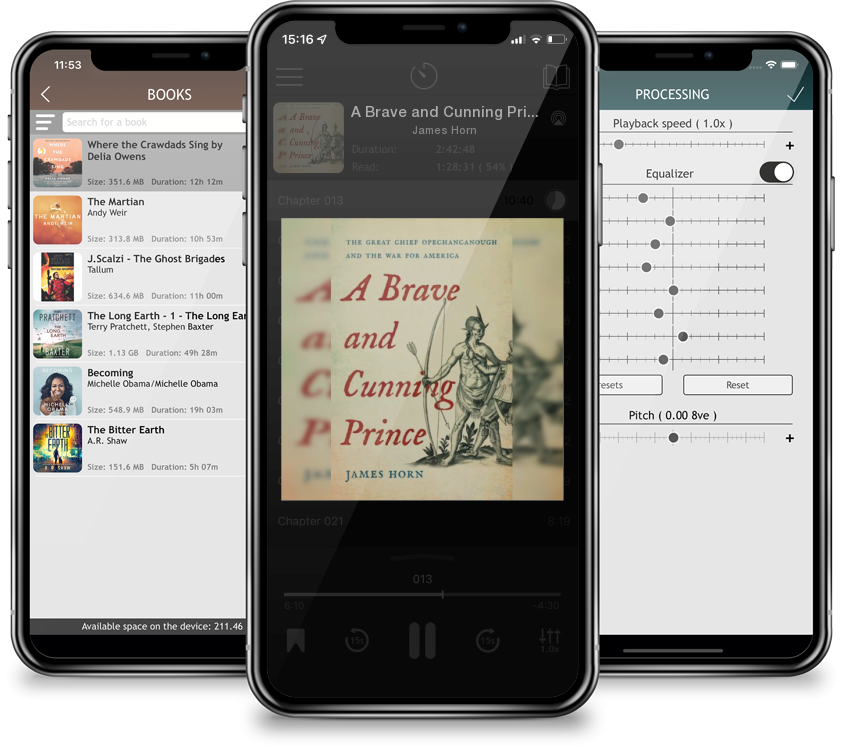 A Brave and Cunning Prince: The Great Chief Opechancanough and the War for America

The extraordinary story of the Powhatan chief who waged a lifelong struggle to drive European settlers from his homelandIn the mid-sixteenth century, Spanish explorers in the Chesapeake Bay kidnapped an Indian child and took him back to Spain and subsequently to Mexico. The boy converted to Catholicism and after nearly a decade was able to return to his land with a group of Jesuits to establish a mission. Shortly after arriving, he organized a war party that killed them.In the years that followed, Opechancanough (as the English called him), helped establish the most powerful chiefdom in the mid-Atlantic region. When English settlers founded Virginia in 1607, he fought tirelessly to drive them away, leading to a series of wars that spanned the next forty years—the first Anglo-Indian wars in America— and came close to destroying the colony.A Brave and Cunning Prince is the first book to chronicle the life of this remarkable chief, exploring his early experiences of European society and his long struggle to save his people from conquest.