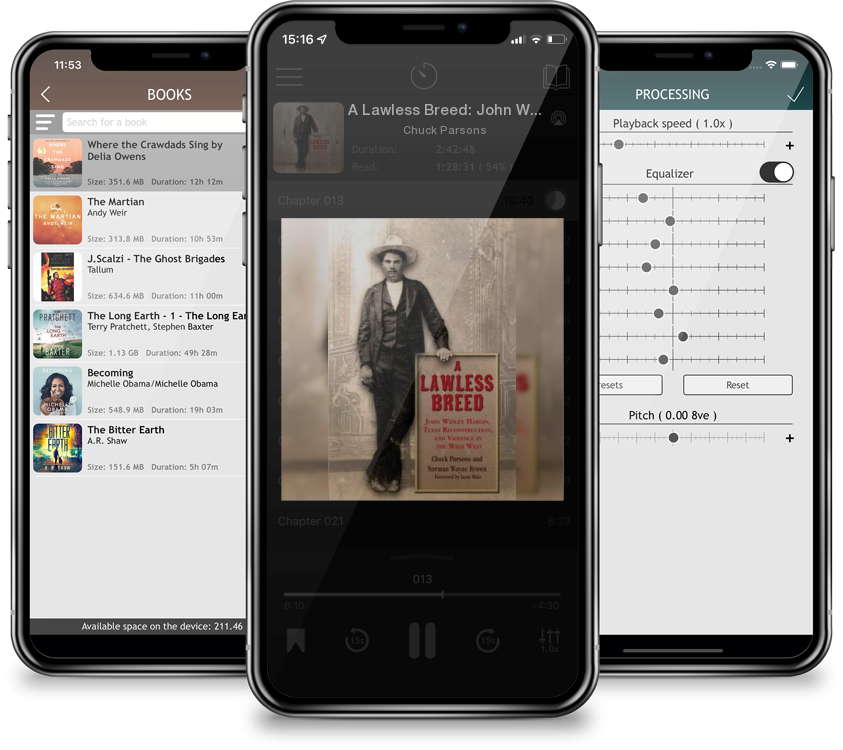 John Wesley Hardin! His name spread terror in much of Texas in the years following the Civil War as the most wanted fugitive with a $4,000 reward on his head. A Texas Ranger wrote that he killed men just to see them kick. Hardin began his killing career in the late 1860s and remained a wanted man until his capture in 1877 by Texas Rangers and Florida law officials. He certainly killed twenty men; some credited him with killing forty or more. After sixteen years in Huntsville prison he was pardoned by Governor Hogg. For a short while he avoided trouble and roamed westward, eventually establishing a home of sorts in wild and woolly El Paso as an attorney. He became embroiled in the dark side of that city and eventually lost his final gunfight to an El Paso constable, John Selman. Hardin was forty-two years old.Besides his reputation as the deadliest man with a six-gun, he left an autobiography in which he detailed many of the troubles of his life. In A Lawless Breed, Chuck Parsons and Norman Wayne Brown have meticulously examined his claims against available records to determine how much of his life story is true, and how much was only a half truth, or a complete lie. As a killer of up to forty men, Hardin obviously had psychological issues, which the authors probe and explain in laymen’s terms. To Hardin, those three dozen or more killings were a result of being forced to defend his life, his honor, or to preserve his freedom against those who would rob or destroy him or his loved ones. Was he a combination freedom fighter/man-killer, or merely a blood-lust killer who became a national celebrity? This deeply researched biography of Hardin and his friends and family will remain the definitive study for years to come.