Want to listen to the audiobook A Life in Parts written by Bryan Cranston?
MP3 Audiobook Player is here to help! 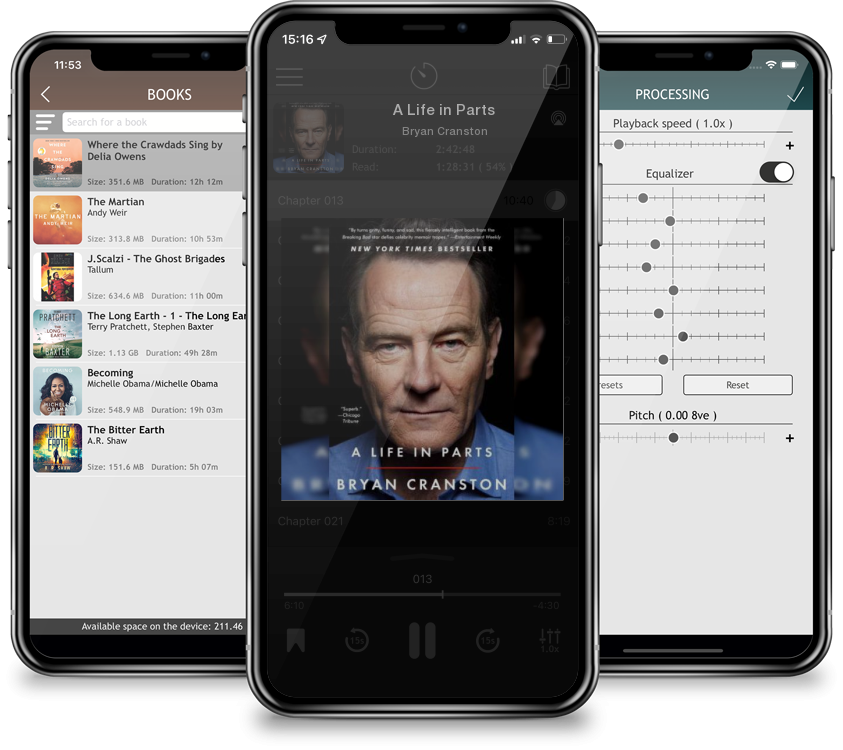 A Life in Parts

“Nothing short of riveting...an engrossing first-person account by one of our finest actors” (Huffington Post)—both a coming-of-age story and a meditation on creativity, devotion, and craft—Bryan Cranston, beloved and acclaimed star of one of history’s most successful TV shows, Breaking Bad.Bryan Cranston began his acting career at the age of seven, when his father, a struggling actor and sometime director, cast him in a commercial for United Way. By fifth grade he was starring in the school play, spending hours at the local movie theater, and re-enacting favorite scenes with his brother in their living room. Cranston seemed destined to be an actor. But then his father left. And his family fell apart. Troubled by his father’s missteps, Cranston abandoned his acting aspirations and resolved to pursue a steadier career in law enforcement. Then, on a two-year cross-country motorcycle journey, Cranston re-discovered his talent for acting and found his mission and his calling. In this “must-read memoir” (The Philadelphia Inquirer), Cranston traces the many roles he inhabited throughout his remarkable life, both on and off screen. For the first time he shares the story of his early years as an actor on the soap opera Loving, his recurring spots on Seinfeld, and his time as bumbling father Hal on Malcolm in the Middle, to his tour-de-force, Tony-winning performance as Lyndon Baines Johnson in Broadway’s All the Way, to his most iconic role of all: Breaking Bad’s Walter White. “An illuminating window into the actor’s psyche” (People), Cranston has much to say about creativity, devotion, and craft, as well as innate talent and its challenges and benefits and proper maintenance. “By turns gritty, funny, and sad” (Entertainment Weekly), ultimately A Life in Parts is a story about the joy, the necessity, and the transformative power of simple hard work.