Want to listen to the audiobook Breaking Barriers: The First Ladies of Education written by DeWitt S. Williams?
MP3 Audiobook Player is here to help! 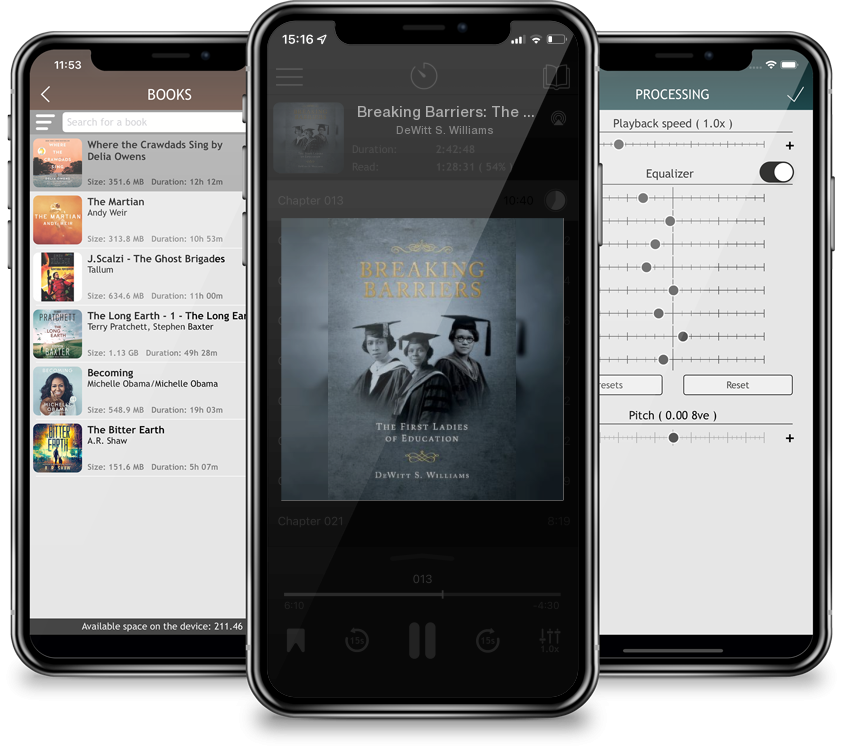 Three black women shattered the academic ceiling at all-white Ivy League institutions a century ago. The trio of Sadie Mossell (Alexander), Georgiana Simpson, and Eva Dykes faced massive obstacles to do the impossible: become the first black women to earn PhDs. This true story by DeWitt S. Williams shares the struggles and dreams of these exceptional ladies. Dr. Williams was a former student of Dr. Dykes and wrote this book out of admiration for her Christian character. When he studied the other two ladies, he was amazed at their contributions to African American history. In his groundbreaking book, Williams shares the compelling story of extraordinary people who overcame obstacles and adversity to become the first black women to earn PhDs. Sadie Tanner Mossell entered the University of Pennsylvania at 17-years-old in 1915. At the time of enrollment, black students were prohibited from eating in cafeterias on campus, and restaurants nearby also refused them. Mossell appealed to Penn's president for blacks to be allowed to get warm meals in the cafeteria. He said he could not help her.Georgianna Simpson was likely born right as the Civil War ended. Her parents had been enslaved in Virginia and could not read or write. Yet Simpson decided to pursue a career in teaching. Captivated by German culture, in 1896 she went to Germany to study the German language. In 1900 Simpson attended summer school at Harvard University. She would be in school for the next 21 years.Eva Beatrice Dykes was accepted into Radcliffe College in 1915. Known as the "woman's Harvard," Radcliffe was adjacent to the illustrious Harvard, which was a university for, by, and of, privileged white men. Although women were prohibited from attending Harvard, its male professors delivered the same lectures to women at Radcliffe.Dykes had earned a Bachelor's in English, summa cum laude, at Howard University, but because it was a black school, Radcliffe did not acknowledge the credits. Dykes had to do a second undergraduate degree at Radcliffe.Like Simpson, Dykes could not stay on Radcliffe's campus. She found a room in the nearby Cambridge. Undaunted at these racial slights, Dykes plunged into her studies. In two years, she earned her second Bachelor's, magna cum laude.Dykes frequented the Library of Congress for her research, but was not able to dine at the cafeteria there because she was black. She brought a bag lunch and ate at one of the capital's nearby parks.Dykes completed and successfully defended a 644-page dissertation on the English poet Alexander Pope in March 1921. By doing so, she became the first of the trio to complete the requirements for a PhD but marched down the aisle last with her PhD in English Philology.