Want to listen to the audiobook Deviant written by Harold Schechter?
MP3 Audiobook Player is here to help! 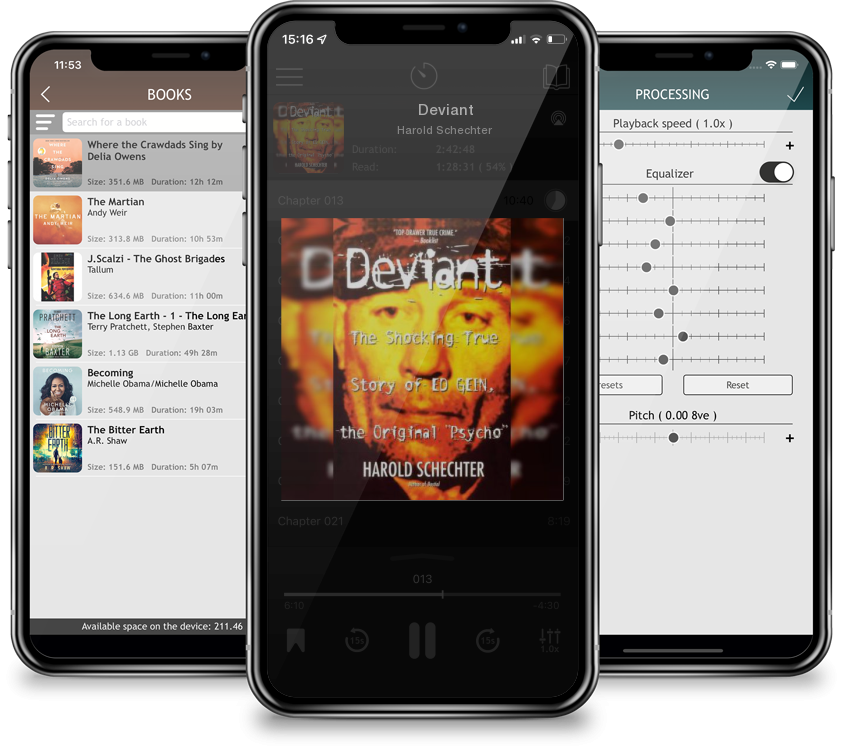 The truth behind the twisted crimes that inspired the films Psycho, The Texas Chain Saw Massacre, and The Silence of the Lambs...From “America’s principal chronicler of its greatest psychopathic killers” (The Boston Book Review) comes the definitive account of Ed Gein, a mild-mannered Wisconsin farmhand who stunned an unsuspecting nation—and redefined the meaning of the word “psycho.” The year was 1957. The place was an ordinary farmhouse in America’s heartland, filled with extraordinary evidence of unthinkable depravity. The man behind the massacre was a slight, unassuming Midwesterner with a strange smile—and even stranger attachment to his domineering mother. After her death and a failed attempt to dig up his mother’s body from the local cemetery, Gein turned to other grave robberies and, ultimately, multiple murders. Driven to commit gruesome and bizarre acts beyond all imagining, Ed Gein remains one of the most deranged minds in the annals of American homicide. This is his story—recounted in fascinating and chilling detail by Harold Schechter, one of the most acclaimed true-crime storytellers of our time.