Want to listen to the audiobook A Life in Secrets: Vera Atkins and the Missing Agents of WWII written by Sarah Helm?
MP3 Audiobook Player is here to help! 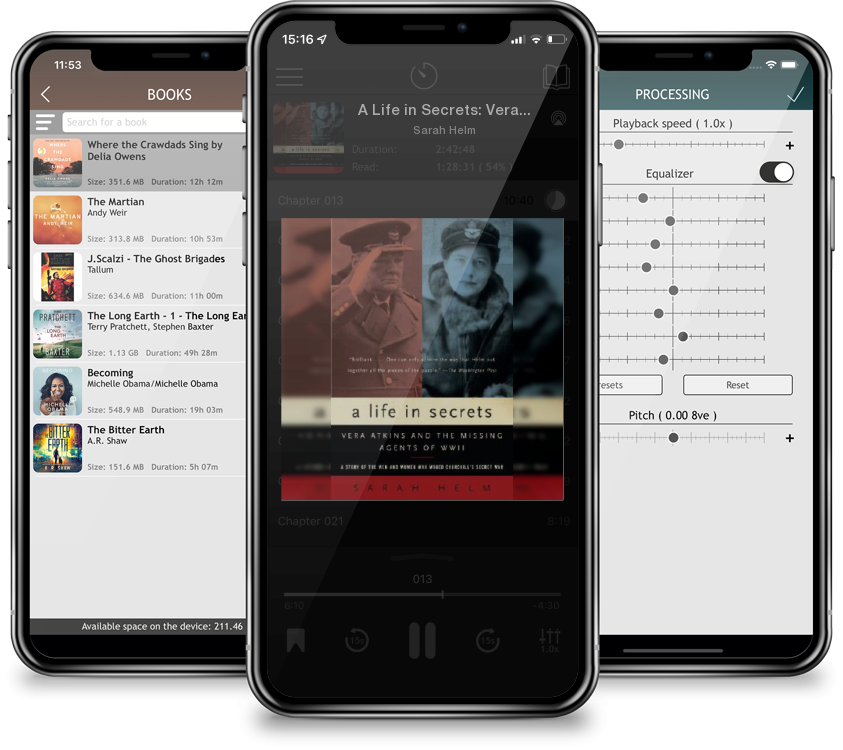 A Life in Secrets: Vera Atkins and the Missing Agents of WWII

From an award-winning journalist comes this real-life cloak-and-dagger tale of Vera Atkins, one of Britain’s premiere secret agents during World War II. As the head of the French Section of the British Special Operations Executive, Vera Atkins recruited, trained, and mentored special operatives whose job was to organize and arm the resistance in Nazi-occupied France. After the war, Atkins courageously committed herself to a dangerous search for twelve of her most cherished women spies who had gone missing in action. Drawing on previously unavailable sources, Sarah Helm chronicles Atkins’s extraordinary life and her singular journey through the chaos of post-war Europe. Brimming with intrigue, heroics, honor, and the horrors of war, A Life in Secrets is the story of a grand, elusive woman and a tour de force of investigative journalism.