Want to listen to the audiobook A Man of His Word: The Life and Times of Nevada's Senator William J. Raggio written by Michael Archer?
MP3 Audiobook Player is here to help! 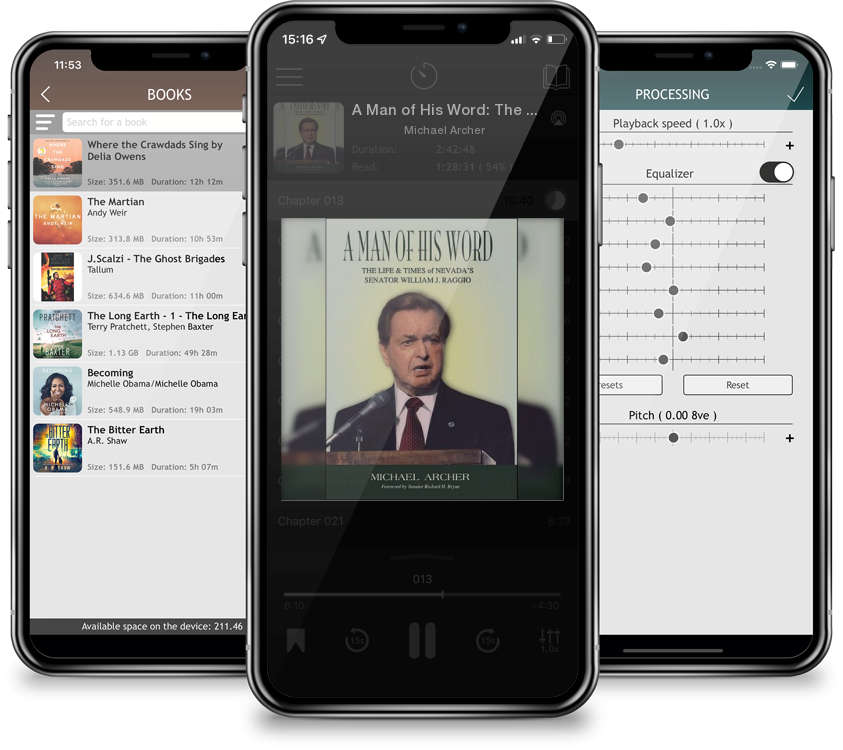 A Man of His Word: The Life and Times of Nevada's Senator William J. Raggio

William J. Raggio is perhaps one of Nevada's best known and most admired citizens. A native Nevadan, his public service began in 1952 and ended in 2011, over eighteen years as a prosecutor and more than thirty-eight years as a legislator, achieving national prominence in both sectors and setting a record for the longest serving public official in Nevada's history-fifty-six years! During his tenure as the most influential leader in the history of the Nevada Legislature, he was often referred to by both admirers and critics as Nevada's Shadow Governor.In A Man of His Word, author Michael Archer chronicles the life of a Nevada legend-a story set against the backdrop of the emerging political and social structure of present day Nevada itself.