Want to listen to the audiobook A Man with No Talents: Memoirs of a Tokyo Day Laborer written by Oyama Shiro?
MP3 Audiobook Player is here to help! 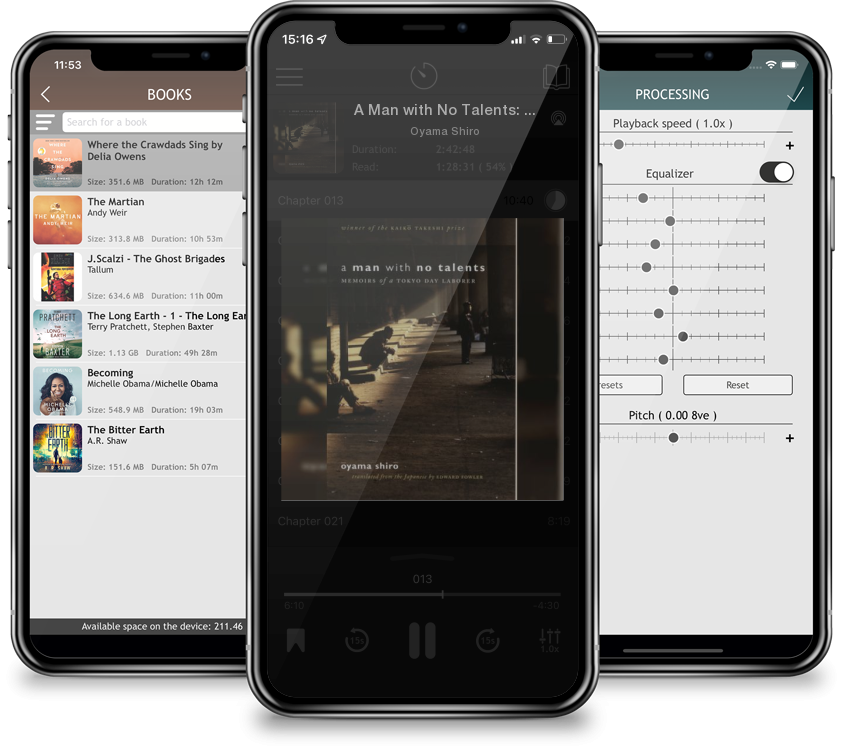 A Man with No Talents: Memoirs of a Tokyo Day Laborer

San'ya, Tokyo's largest day-laborer quarter and the only one with lodgings, had been Oyama Shiro's home for twelve years when he took up his pen and began writing about his life as a resident of Tokyo's most notorious neighborhood. After completing a university education, Oyama entered the business workforce and appeared destined to walk the same path as many a salaryman. A singular temperament and a deep loathing of conformity, however, altered his career trajectory dramatically. Oyama left his job and moved to Osaka, where he lived for three years. Later he returned to the corporate world but fell out of it again, this time for good. After spending a short time on the streets around Shinjuku, home to Tokyo's bustling entertainment district, he moved to San'ya in 1987, at the age of forty.Oyama acknowledges his eccentricity and his inability to adapt to corporate life. Spectacularly unsuccessful as a salaryman yet uncomfortable in his new surroundings, he portrays himself as an outsider both from mainstream society and from his adopted home. It is precisely this outsider stance, however, at once dispassionate yet deeply engaged, that caught the eye of Japanese readers. The book was published in Japan in 2000 after Oyama had submitted his manuscript--on a lark, he confesses--for one of Japan's top literary awards, the Kaiko Takeshi Prize. Although he was astounded actually to win the award, Oyama remained in character and elected to preserve the anonymity that has freed him from all social bonds and obligations. The Cornell edition contains a new afterword by Oyama regarding his career since his inadvertent brush with fame.