Want to listen to the audiobook A Modern Man: The Best of George Carlin written by George Carlin?
MP3 Audiobook Player is here to help! 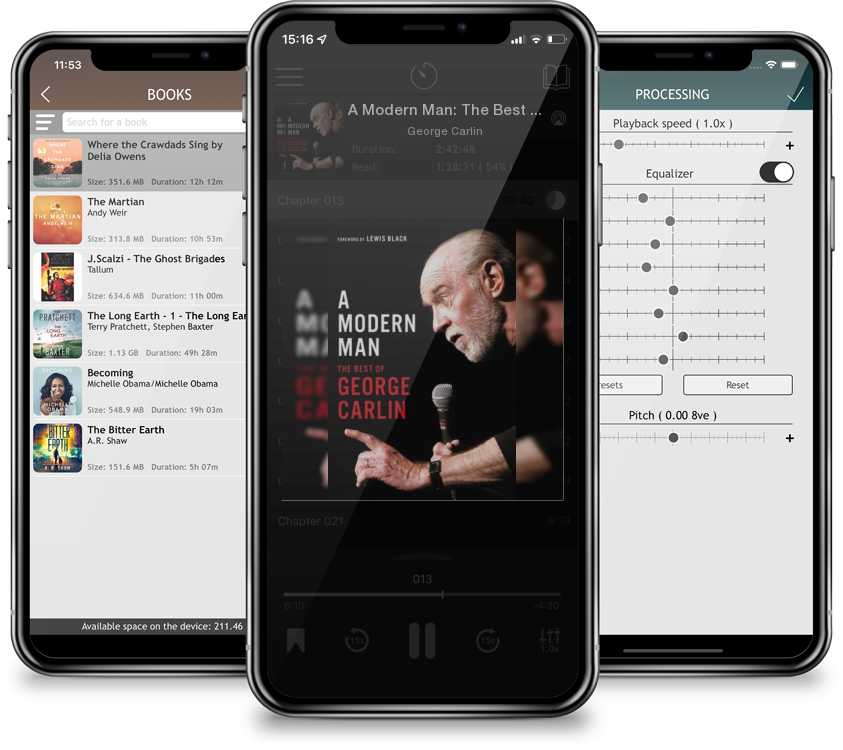 A Modern Man: The Best of George Carlin

Experience comedy legend George Carlin as you’ve never seen him in this collection highlighting his greatest hits and achievements, with a foreword by Lewis Black It is impossible to talk about 20th century comedy without discussing George Carlin. Named the 2nd greatest standup of the 20th century by both Comedy Central and Rolling Stone, Carlin garnered multiple gold records, 4 Grammys, 6 Emmy nominations, and the Mark Twain Prize for American Humor. He was the first host of SNL, appeared on the Tonight Show some 130 times, and acted in beloved films like Bill and Ted’s Excellent Adventure and Dogma. Dubbed “the dean of counterculture comedians,” George Carlin was an American icon. A perfect introduction for new fans and a worthy addition to the collections of old fans, The Best of Carlin showcases the longevity, range, and—above all—hilarity of the master. Filled with thoughts, musings, questions, lists, beliefs, curiosities, monologues, assertions, assumptions, and other delicious verbal ordeals, it is drop-dead funny tour through Carlin’s mind. More than ten years after his death, Carlin’s characteristically ironic takes on life's annoying universal truths remain thoughtful, fearless, and somehow more relevant than ever.