Want to listen to the audiobook A More Noble Cause: A. P. Tureaud and the Struggle for Civil Rights in Louisiana: A Personal Biography written by Rachel L. Emanuel?
MP3 Audiobook Player is here to help! 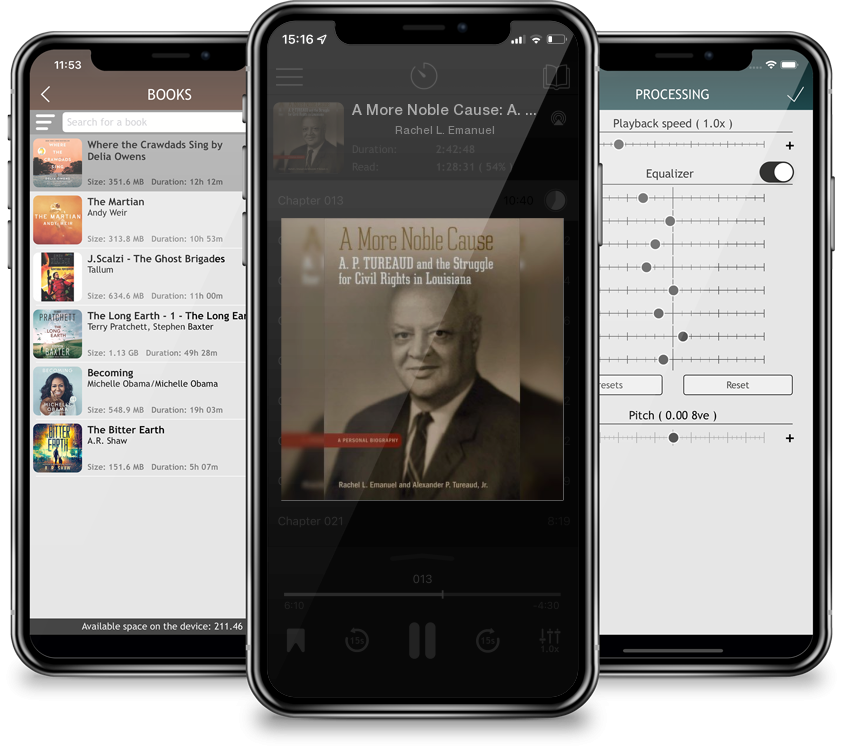 A More Noble Cause: A. P. Tureaud and the Struggle for Civil Rights in Louisiana: A Personal Biography

Throughout the decades-long legal battle to end segregation, discrimination, and disfranchisement, attorney Alexander Pierre Tureaud was one of the most influential figures in Louisiana's courts. A More Noble Cause presents both the powerful story of one man's lifelong battle for racial justice and the very personal biography of a black professional and his family in the Jim Crow-era Louisiana. During a career that spanned more than forty years, A. P. Tureaud was at times the only regularly practicing black attorney in Louisiana. From his base in New Orleans, the civil rights pioneer fought successfully to obtain equal pay for Louisiana's black teachers, to desegregate public accommodations, schools, and buses, and for voting rights of qualified black residents. Tureaud's work, along with that of dozens of other African American lawyers, formed part of a larger legal battle that eventually overturned Plessy v. Ferguson, the 1896 U.S. Supreme Court decision that legalized racial segregation. This intimate account, based on more than twenty years of research into the attorney's astounding legal and civil rights career as well as his community work, offers the first full-length study of Tureaud. An active organizer of civic and voting leagues, a leader in the NAACP, a national advocate of the Knights of Peter Claver--a fraternal order of black Catholics--and a respected political power broker and social force as a Democrat and member of the Autocrat Club and Alpha Phi Alpha fraternity, Tureaud worked tirelessly within the state and for all those without equal rights. Both an engrossing story of a key legal, political, and community figure during Jim Crow-era Louisiana and a revealing look at his personal life during a tumultuous time in American history, A More Noble Cause provides insight into Tureaud's public struggles and personal triumphs, offering readers a candid account of a remarkable champion of racial equality.