Want to listen to the audiobook A Mountain of Crumbs: A Memoir written by Elena Gorokhova?
MP3 Audiobook Player is here to help! 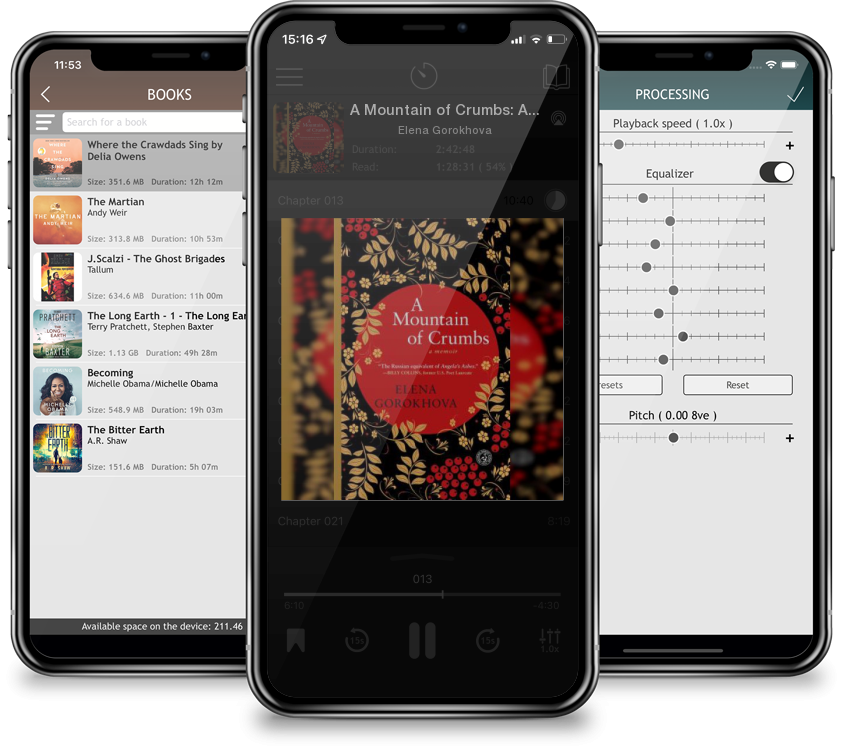 A Mountain of Crumbs: A Memoir

Elena Gorokhova’s A Mountain of Crumbs is the moving story of a Soviet girl who discovers the truths adults are hiding from her and the lies her homeland lives by.Elena’s country is no longer the majestic Russia of literature or the tsars, but a nation struggling to retain its power and its pride. Born with a desire to explore the world beyond her borders, Elena finds her passion in the complexity of the English language—but in the Soviet Union of the 1960s such a passion verges on the subversive. Elena is controlled by the state the same way she is controlled by her mother, a mirror image of her motherland: overbearing, protective, difficult to leave. In the battle between a strong-willed daughter and her authoritarian mother, the daughter, in the end, must break free and leave in order to survive.Through Elena’s captivating voice, we learn not only the stories of Russian family life in the second half of the twentieth century, but also the story of one rebellious citizen whose curiosity and determination finally transport her to a new world. It is an elegy to the lost country of childhood, where those who leave can never return.