Want to listen to the audiobook A Newsworthy Naturalist: The Life of William Yarrell written by Christine E. Jackson?
MP3 Audiobook Player is here to help! 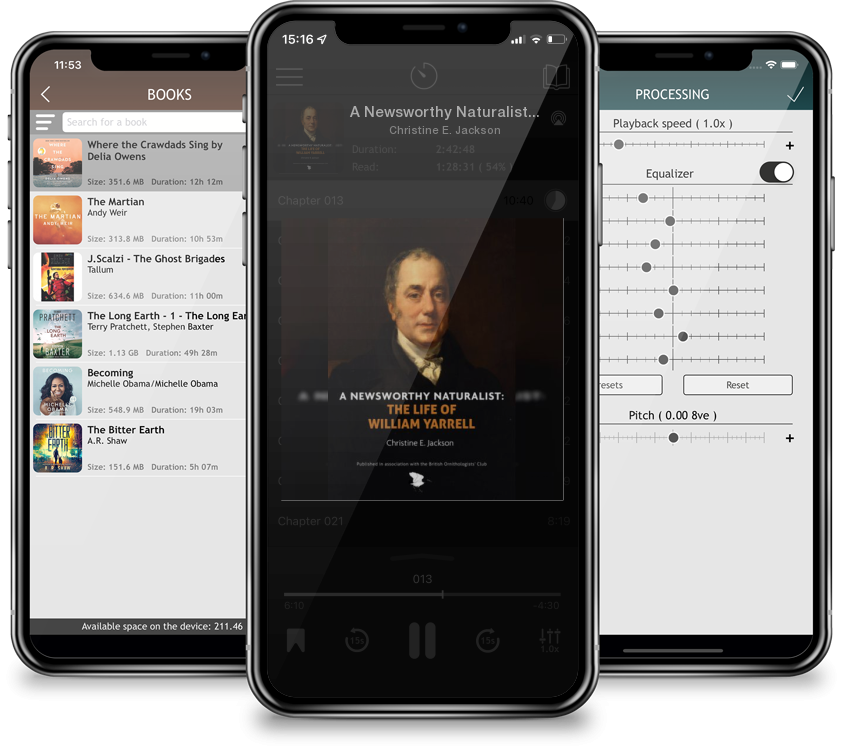 A Newsworthy Naturalist: The Life of William Yarrell

A Newsworthy Naturalist is a biography of William Yarrell (1784–1856), an influential naturalist at a time when natural history was becoming an important factor in 19th century society. He wrote two important books: A History of British Fishes and A History of British Birds, still being quoted as the authorities well into the next century and admired today, especially for their delightful wood engravings. He was a member and sometime Treasurer, Secretary, and Vice-President of the Zoological, Linnean, and Entomological Societies. He was known to, and greatly admired by, the leading naturalists; Charles Darwin sought Yarrell’s advice on several occasions. In addition to his key role as an organiser and disseminator of knowledge about the British fish and bird fauna, Yarrell also conducted significant original scientific research, being perhaps best known as the first person to recognise Bewick’s Swan as a separate species from the Whooper Swan, naming it Cygnus bewickii after his illustrious ornithological predecessor. Yarrell owned the London newsagency Jones and Yarrell with his partner, Edward Jones, from 1803 until 1850. They held a royal warrant.