Want to listen to the audiobook A Night in the Great Pyramid: The Egyptian Adventure of G. Patrick Flanagan written by Joseph Andrew Marcello?
MP3 Audiobook Player is here to help! 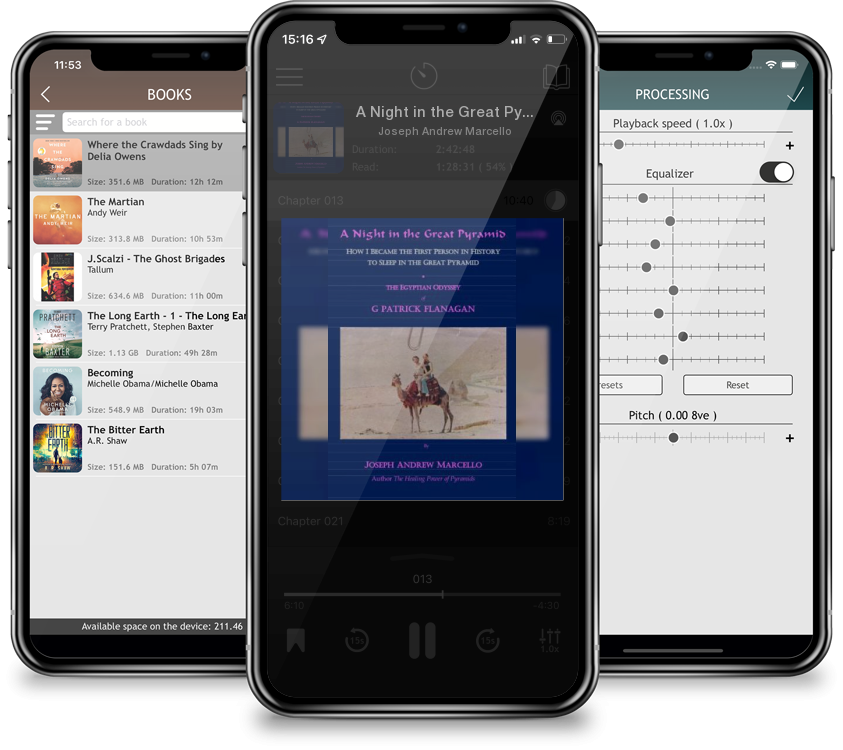 A Night in the Great Pyramid: The Egyptian Adventure of G. Patrick Flanagan

A Night in the Great Pyramid: How I Became the First Person in History to Sleep Inside the Great Pyramid; the Egyptian Odyssey of G. Patrick Flanagan is a firsthand account of Dr. G. Patrick Flanagan's initial journey to the Great Pyramid of Giza, along with his wife Eve Bruce and John Sack, a journalist, and a blow-by-blow description of their arrival, preparation and long, mysterious night locked inside the depths of the Great Pyramid. While Patrick Flanagan is known for many unusual revelations, his romance with mystery of the pyramid is arguably his most iconic insignia. It was his breakaway bestseller Pyramid Power-The Science of the Cosmos-that took the world by storm nearly a half century ago and brought mass awareness to the reality of scalar energies. Following this, Flanagan's continuing research produced the subsequent volumes, Pyramid Power II, Beyond Pyramid Power and Elixir of the Ageless, exploring the secrets locked within the glacial waters of Hunza Valley and eventually replicated with his creation of Megahydrate and Crystal Energy. The book includes a long forgotten article by Pulitzer-Prize winning journalist John Sack, first published in the April 1975 edition of Esquire. While there are many notable points upon which it departs from the personal recollections shared by Patrick Flanagan in live interviews, some 40 years after the fact, it is offered as part of the Flanagan Revelations series for the sake of historical interest. Judging by the somewhat irreverent style Sack opted to employ, as well as giving inordinate attention to the more provocative aspects of the experience, it seems clear he was perhaps more interested in journalistic titillation than scholarship. Sack was a war correspondent in Korea, Iraq, Vietnam and Afghanistan, and later, Bureau Chief for CBS. He died in 1974.