Want to listen to the audiobook A Pirate of Exquisite Mind: Explorer, Naturalist, and Buccaneer: The Life of William Dampier written by Diana Preston?
MP3 Audiobook Player is here to help! 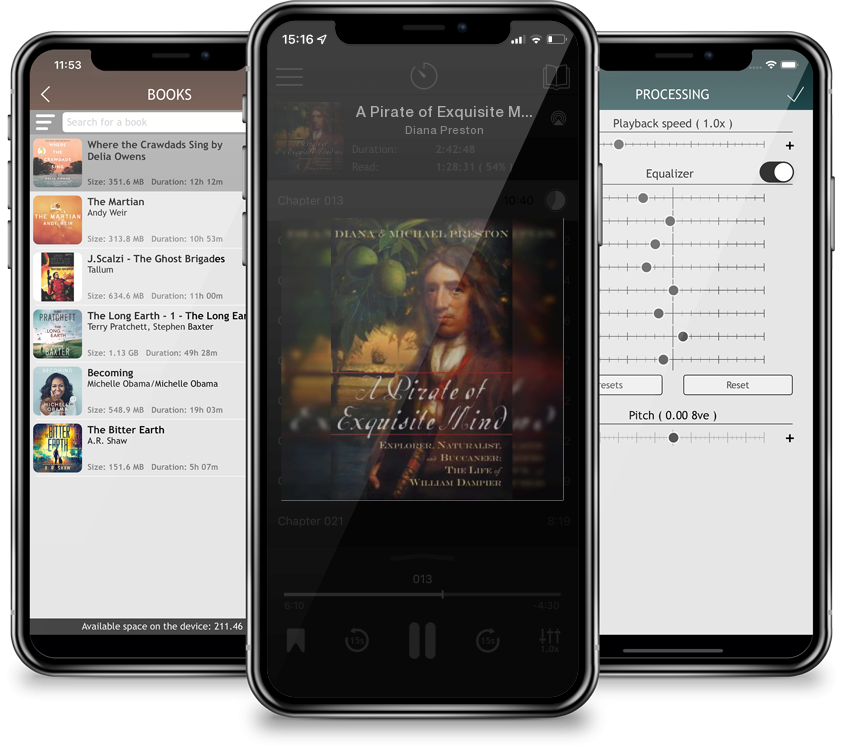 A Pirate of Exquisite Mind: Explorer, Naturalist, and Buccaneer: The Life of William Dampier

Darwin took his books aboard the Beagle. Swift and Defoe used his experiences as inspiration in writing Gulliver's Travels and Robinson Crusoe. Captain Cook relied on his observations while voyaging around the world. Coleridge called him a genius and "a man of exquisite mind." In the history of exploration, nobody has ventured further than Englishman William Dampier. Yet while the exploits of Cook, Shackleton, and a host of legendary explorers have been widely chronicled, those of perhaps the greatest are virtually invisible today—an omission that Diana and Michael Preston have redressed in this vivid, compelling biography.As a young man Dampier spent several years in the swashbuckling company of buccaneers in the Caribbean. At a time when surviving one voyage across the Pacific was cause for celebration, Dampier ultimately journeyed three times around the world; his bestselling books about his experiences were a sensation, influencing generations of scientists, explorers, and writers. He was the first to deduce that winds cause currents and the first to produce wind maps across the world, surpassing even the work of Edmund Halley. He introduced the concept of the "sub-species" that Darwin later built into his theory of evolution, and his description of the breadfruit was the impetus for Captain Bligh's voyage on the Bounty. Dampier reached Australia 80 years before Cook, and he later led the first formal expedition of science and discovery there. A Pirate of Exquisite Mind restores William Dampier to his rightful place in history—one of the pioneers on whose insights our understanding of the natural world was built.