Want to listen to the audiobook A Queer and Pleasant Danger: A Memoir written by Kate Bornstein?
MP3 Audiobook Player is here to help! 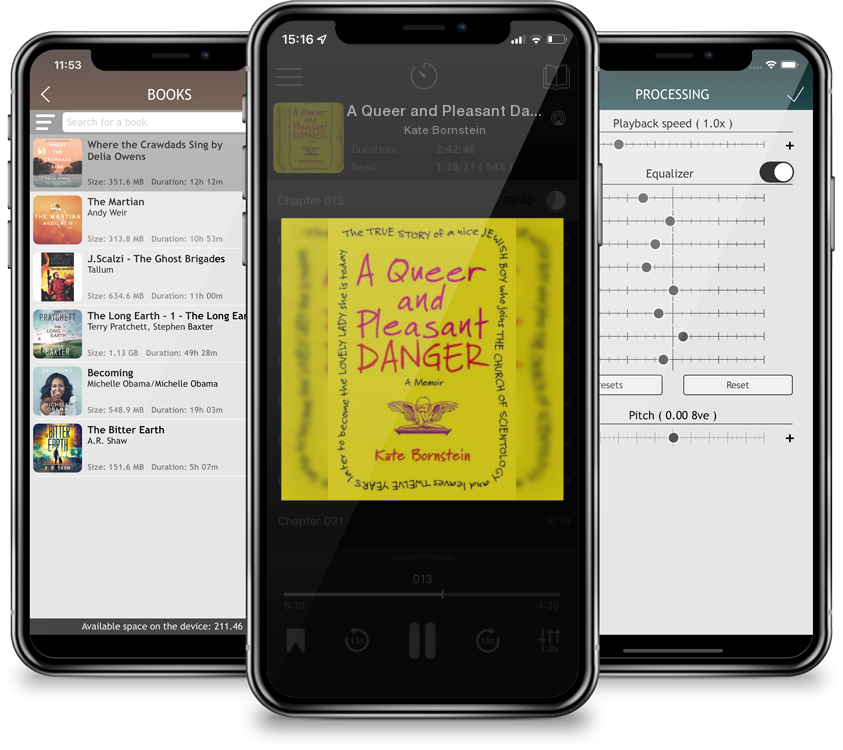 A Queer and Pleasant Danger: A Memoir

The inspiring true story of a nice Jewish boy who left the Church of Scientology to become the lovely lady she is today In the early 1970s, a boy from a Conservative Jewish family joined the Church of Scientology. In 1981, that boy officially left the movement and ultimately transitioned into a woman. A few years later, she stopped calling herself a woman—and became a famous gender outlaw.Gender theorist, performance artist, and author Kate Bornstein is set to change lives with her stunningly original memoir. Wickedly funny and disarmingly honest, this is Bornstein's most intimate book yet, encompassing her early childhood and adolescence, college at Brown, a life in the theater, three marriages and fatherhood, the Scientology hierarchy, transsexual life, LGBTQ politics, and life on the road as a sought-after speaker.The ebook includes a new epilogue. Reflecting on the original publication of her book, Bornstein considers the passage of time as the changing world brings new queer realities into focus and forces Kate to confront her own aging and its effects on her health, body, and mind. She goes on to contemplate her relationship with her daughter, her relationship to Scientology, and the ever-evolving practices of seeking queer selfhood.