Want to listen to the audiobook Life and Death at Cape Disappointment: Becoming a Surfman on the Columbia River Bar written by Christopher J. D'Amelio?
MP3 Audiobook Player is here to help! 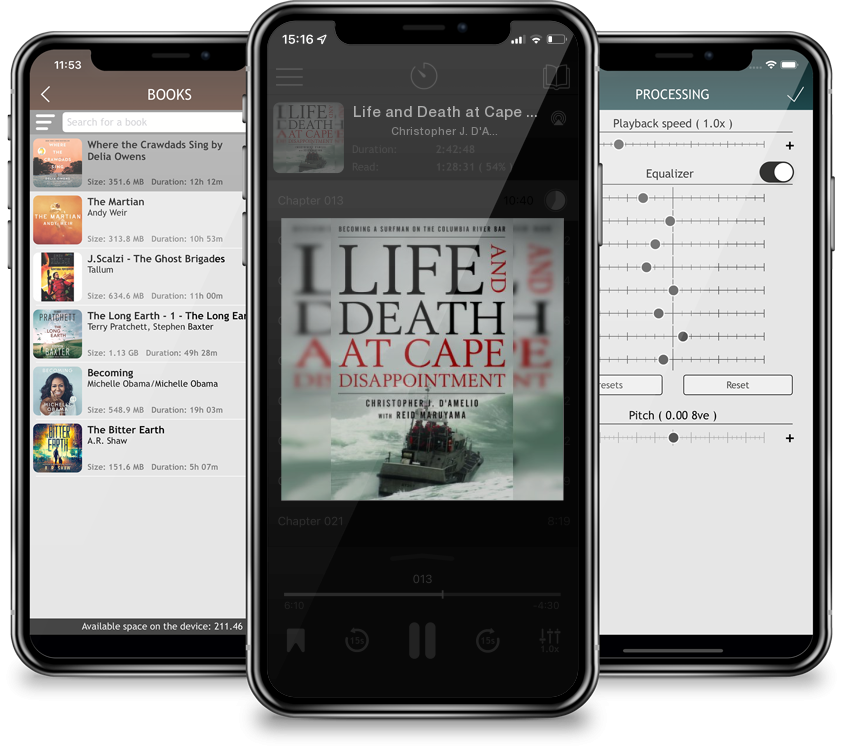 Life and Death at Cape Disappointment: Becoming a Surfman on the Columbia River Bar

The ocean is one of the few untamed places on earth, unpredictable and unsympathetic to the lives lost there. For this reason people remain fascinated by its tides, currents, and mysteries. Life and Death at Cape Disappointment is the author's first-hand account of life as a surfman at one of the Coast Guard's most dangerous stations, Cape Disappointment is one of the most notorious Coast Guard units on the Pacific Coast, its area of responsibility referred to as the "Graveyard of the Pacific." The book focuses on five of the most significant search and rescue cases during the author's tour and how such work affected him and his colleagues mentally and physically. It's armchair entertainment for those enthralled by the ocean. During the author's tenure at Station Cape Disappointment, he amassed over 2,200 hours of underway time, routinely operating on the hazardous Columbia River bar, where he earned a reputation as one of the most skilled boat handlers in the Coast Guard. He has worked on and supervised over 430 search and rescue cases. One of his rescues earned him the Association for Rescue at Sea's gold lifesaving medal.