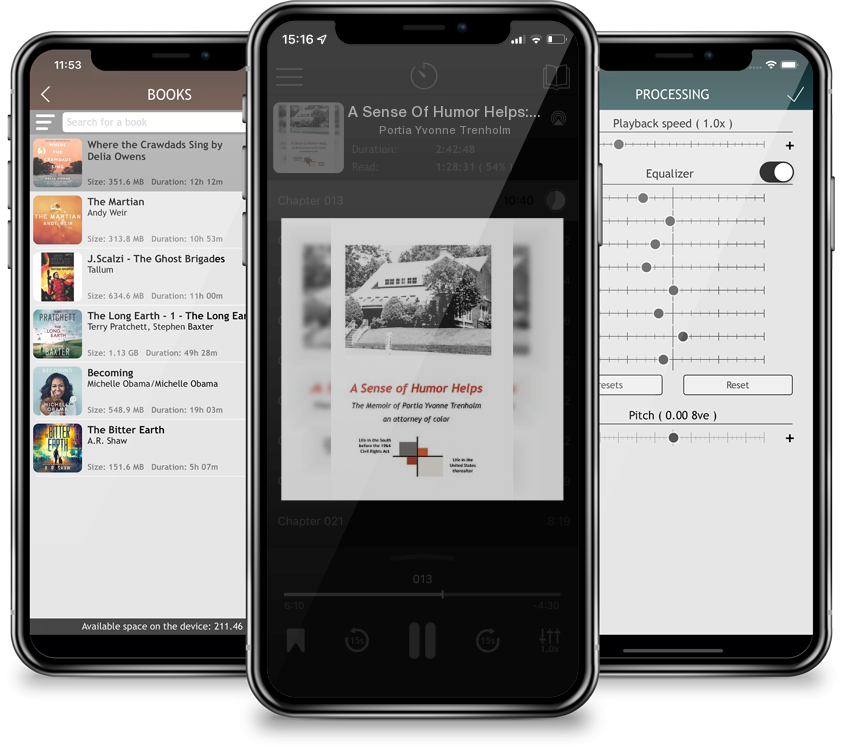 A Sense Of Humor Helps: The Memoir Of Portia Yvonne Trenholm

Life in the South before the 1964 Civil Rights Act; Life in the United States thereafter. This book is an autobiography of an African American lawyer, teacher, college professor and administrator and writer who is the daughter of a college president in the south; describes racial discrimination in Alabama during the period 1932 -1951 and discrimination in the author's career activities in the United States thereafter; paints a vivid picture of a middle class African American family in the South during the 1930s through 1950s; describes the author's ancestors - educators in Alabama from the early 1900s through 1962 educated at The University of Chicago; life on the Alabama State University campus before integration; work as a Fortune 500 attorney; discrimination in the legal profession in the United States; and affirmative action in actuality.