Want to listen to the audiobook A Sense of the World: How a Blind Man Became History's Greatest Traveler written by Jason Roberts?
MP3 Audiobook Player is here to help! 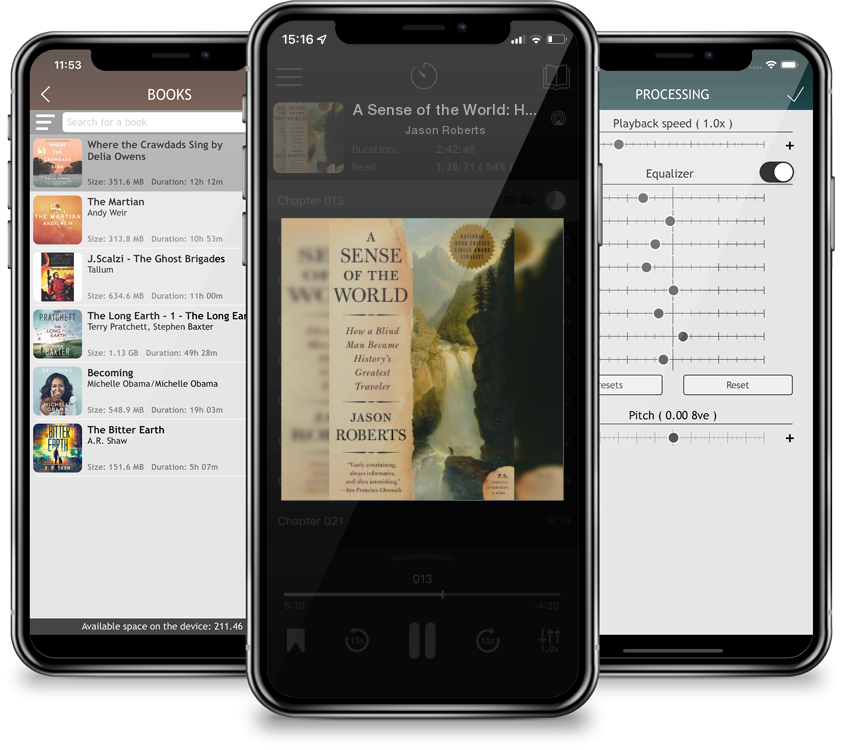 A Sense of the World: How a Blind Man Became History's Greatest Traveler

He was known simply as the Blind Traveler. A solitary, sightless adventurer, James Holman (1786-1857) fought the slave trade in Africa, survived a frozen captivity in Siberia, hunted rogue elephants in Ceylon, helped chart the Australian outback—and, astonishingly, circumnavigated the globe, becoming one of the greatest wonders of the world he so sagaciously explored. A Sense of the World is a spellbinding and moving rediscovery of one of history's most epic lives—a story to awaken our own senses of awe and wonder.