Want to listen to the audiobook A Shield for the Columbia River: The Quarantine Station and the U.S. Public Health Service at Knappton Cove, WA and Astoria, OR 1890-1899 written by Friedrich E. Schuler?
MP3 Audiobook Player is here to help! 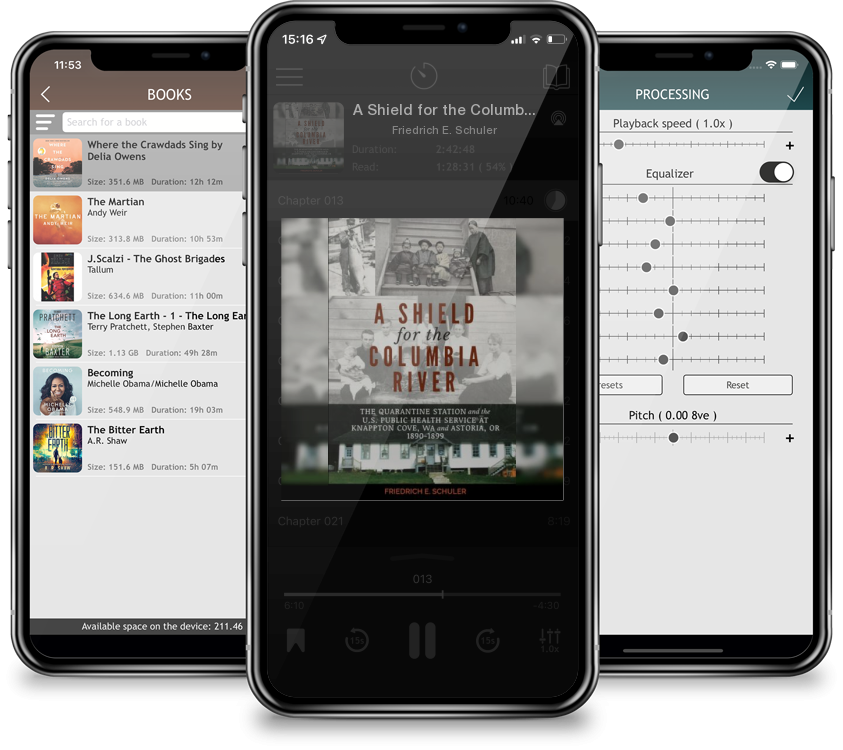 A Shield for the Columbia River: The Quarantine Station and the U.S. Public Health Service at Knappton Cove, WA and Astoria, OR 1890-1899

A Shield for the Columbia offers the stories behind the founding of the quarantine station of the United States Public Health Service (USPHS) in Knappton Cove, Washington and Astoria, Oregon at the mouth of the Columbia, the nation's second largest river. It is a compelling account of unlikely political and economic alliances featuring the United States Marine Hospital Service (USMHS), transpacific shipping lines, Astoria's business community, and members of the U.S. Congress. It took nearly 80 years, from 1820 to 1899, to convince Washington D.C. policy makers to afford the Northwest the same federal protection as San Francisco and Seattle-a science based institution to shield human and animal life from the pandemics of plague, cholera and other hostile viruses-allowing for the continuation of multicultural economic pursuits along the Columbia River. A Shield for the Columbia intersects transnational, national, and local history revealing Astoria and Knappton Cove as a uniquely special North American locale during the first era of globalization.