Want to listen to the audiobook A Story of Jewish Experience in Mississippi (North American Jewish Studies) written by Leon Waldoff?
MP3 Audiobook Player is here to help! 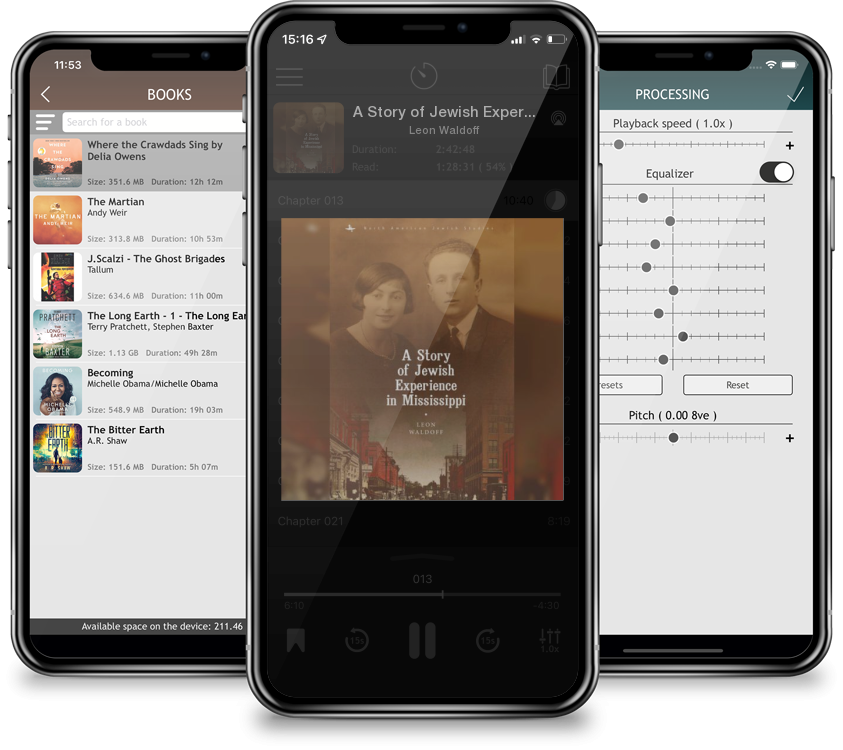 Through the story of his Russian-Jewish parents' arrival and in the Mississippi region, the author reveals the experience of the Jewish community in Hattiesburg from the 1920s through the 1960s, as it goes through times of prosperity but also faces the dangers of anti-Semitism. The story starts with the author's father arriving in 1924 to become a peddler and then a merchant, joined by his mother in 1925, and follows the author himself as he searches into the history of his parents and the Jewish community, as well as a variety of its members: a young Jewish man who is tried and convicted of murder; Arthur Brodey, a Reform rabbi who gains wider acceptance for the congregation; Charles Mantinband, a rabbi whose civil rights activities won national recognition but stirred fears of Klan violence in his congregation; and Waldoff's brother-in-law "B" Botnick of the Anti-Defamation League, whose work made him a target of assassin Byron de la Beckwith.