Want to listen to the audiobook A Supposedly Fun Thing I'll Never Do Again: Essays and Arguments written by David Foster Wallace?
MP3 Audiobook Player is here to help! 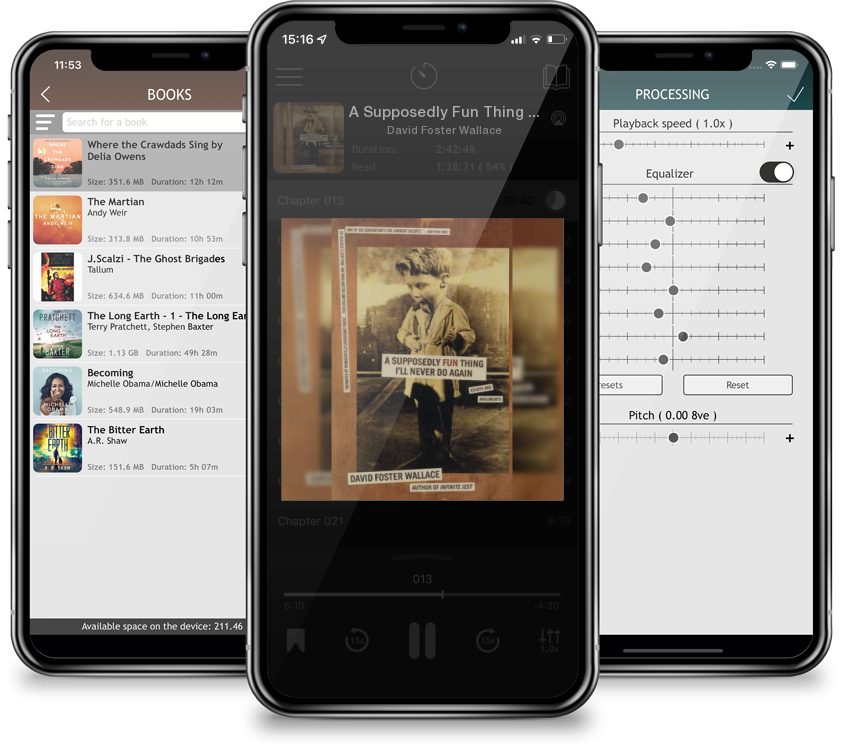 These widely acclaimed essays from the author of Infinite Jest -- on television, tennis, cruise ships, and more -- established David Foster Wallace as one of the preeminent essayists of his generation.  In this exuberantly praised book -- a collection of seven pieces on subjects ranging from television to tennis, from the Illinois State Fair to the films of David Lynch, from postmodern literary theory to the supposed fun of traveling aboard a Caribbean luxury cruiseliner -- David Foster Wallace brings to nonfiction the same curiosity, hilarity, and exhilarating verbal facility that has delighted readers of his fiction, including the bestselling Infinite Jest.