Want to listen to the audiobook A Tale of Two Omars: A Memoir of Family, Revolution, and Coming Out During the Arab Spring written by Omar Sharif, Jr?
MP3 Audiobook Player is here to help! 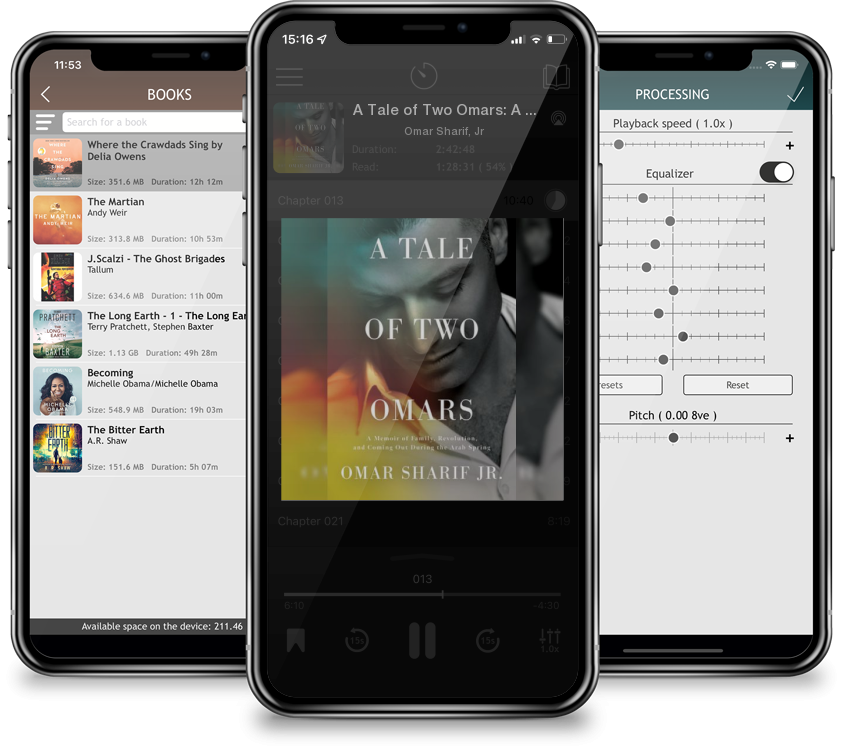 A Tale of Two Omars: A Memoir of Family, Revolution, and Coming Out During the Arab Spring

"A powerful and essential memoir of self-discovery . . . Brimming with beautiful remembrances of his grandfather and terrifying stories of abuse and homophobia, this is an essential book that shines a much-needed light on the intersection of Arab and queer identity." —Abdi Nazemian, Lambda Literary Award–winning author of Like a Love Story, a Stonewall Honor BookThe grandson of Hollywood royalty on his father’s side and Holocaust survivors on his mother’s, Omar Sharif Jr. learned early on how to move between worlds, from the Montreal suburbs to the glamorous orbit of his grandparents’ Cairo. His famous name always protected him wherever he went. When, in the wake of the Arab Spring, he made the difficult decision to come out in the pages of The Advocate, he knew his life would forever change. What he didn’t expect was the backlash that followed. From bullying, to illness, attempted suicide, becoming a victim of sex trafficking, death threats by the thousands, revolution and never being able to return to a country he once called home, Omar Sharif Jr. has overcome more challenges than one might imagine. Drawing on the lessons he learned from both sides of his family, A Tale of Two Omars charts the course of an iconoclastic life, revealing in the process the struggles and successes that attend a public journey of self-acceptance and a life dedicated in service to others.