Want to listen to the audiobook A Taste for Poison: Eleven Deadly Molecules and the Killers Who Used Them written by Neil Bradbury?
MP3 Audiobook Player is here to help! 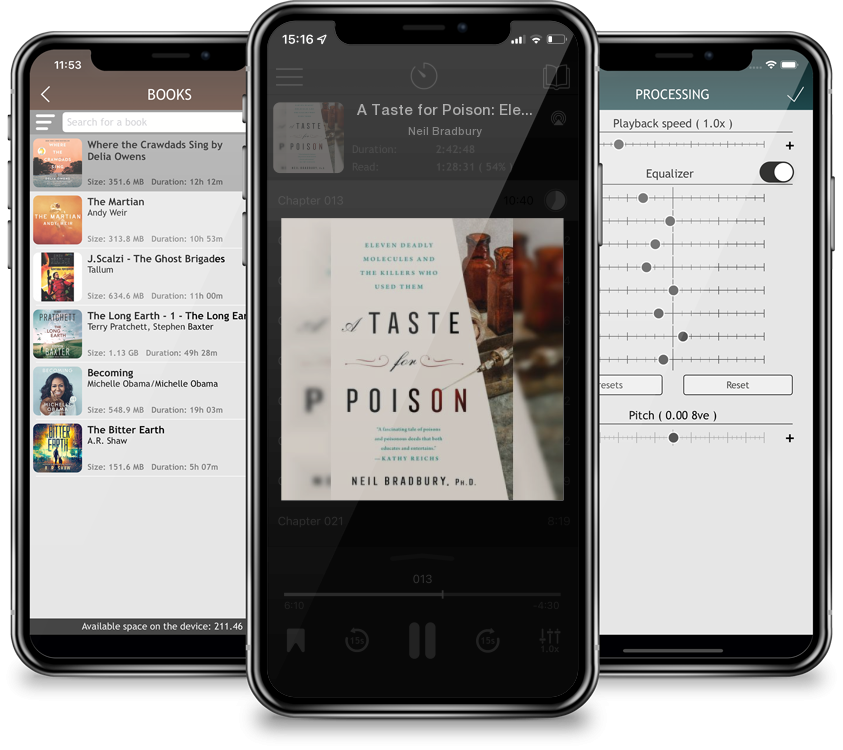 A Taste for Poison: Eleven Deadly Molecules and the Killers Who Used Them

“A fascinating tale of poisons and poisonous deeds which both educates and entertains.” --Kathy ReichsA brilliant blend of science and crime, A TASTE FOR POISON reveals how eleven notorious poisons affect the body--through the murders in which they were used. As any reader of murder mysteries can tell you, poison is one of the most enduring—and popular—weapons of choice for a scheming murderer. It can be slipped into a drink, smeared onto the tip of an arrow or the handle of a door, even filtered through the air we breathe. But how exactly do these poisons work to break our bodies down, and what can we learn from the damage they inflict? In a fascinating blend of popular science, medical history, and true crime, Dr. Neil Bradbury explores this most morbidly captivating method of murder from a cellular level. Alongside real-life accounts of murderers and their crimes—some notorious, some forgotten, some still unsolved—are the equally compelling stories of the poisons involved: eleven molecules of death that work their way through the human body and, paradoxically, illuminate the way in which our bodies function. Drawn from historical records and current news headlines, A Taste for Poison weaves together the tales of spurned lovers, shady scientists, medical professionals and political assassins to show how the precise systems of the body can be impaired to lethal effect through the use of poison. From the deadly origins of the gin & tonic cocktail to the arsenic-laced wallpaper in Napoleon’s bedroom, A Taste for Poison leads readers on a riveting tour of the intricate, complex systems that keep us alive—or don’t.