Want to listen to the audiobook A Unified Theory of Evolution: Natural, Mental and Social written by Wang Dongyue?
MP3 Audiobook Player is here to help! 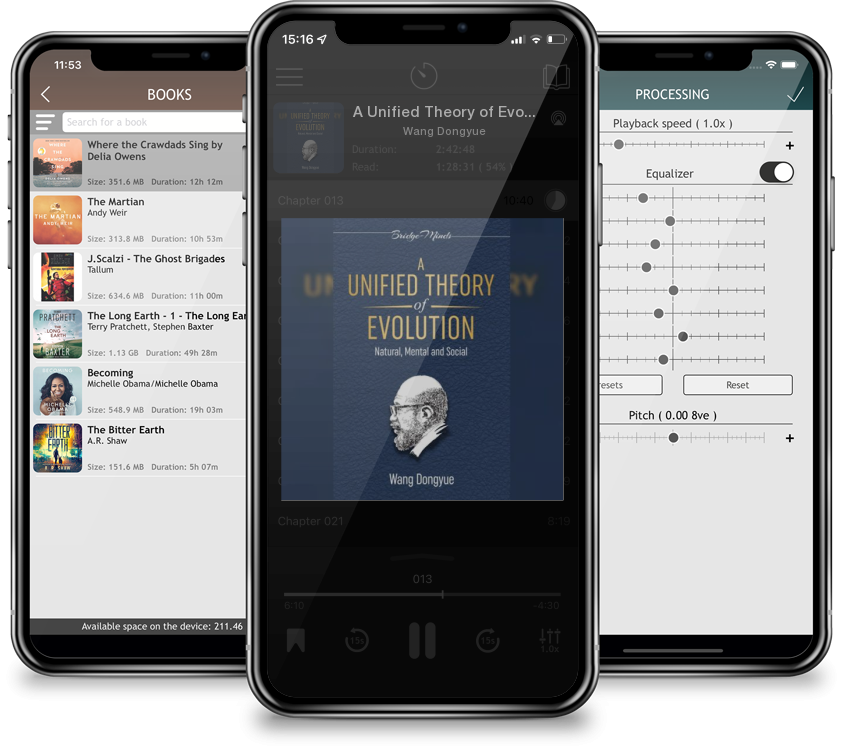 A Unified Theory of Evolution: Natural, Mental and Social

"Human nature is the expression of all beings; a human being is the miniature of the universe." The author devoted himself more than 20 years on this book, in which he clearly proves a philosophical principle and also makes several critique comments on different theories regarding social problems we are now facing: what is the natural foundation of human survival or human phenomena? Why is the progression of civilization and its social development inevitably moving toward an endangering destination? And why are the mental attributes and knowledge system ultimately proved unhelpful or even appear negative in effect? In sum, it rings the alarm through an insightful mode of ultimate investigation for the self-important humanity, and it also foresees the coming of cloud for the described bright future. Compared with Newton's theory of gravity, Einstein's theory of relativity applies to a more extensive range of space; similarly, comparing with Darwin's theory of biological evolution, Dongyue's theory of weakening compensation applies to a more comprehensive range of human cognition. In other words, Einstein's theory of relativity is a massive expansion of Newton's theory of gravitation, and Dongyue's theory of weakening compensation is also a tremendous expansion of Darwin's theory of biological evolution. This philosophical monograph is in a demonstrative method with a unique style of language that is quite different from other works in this field, which makes the reading a brain-challenge to many.